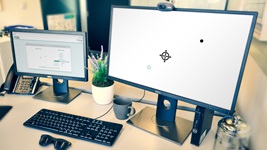 Here's looking at you, kid 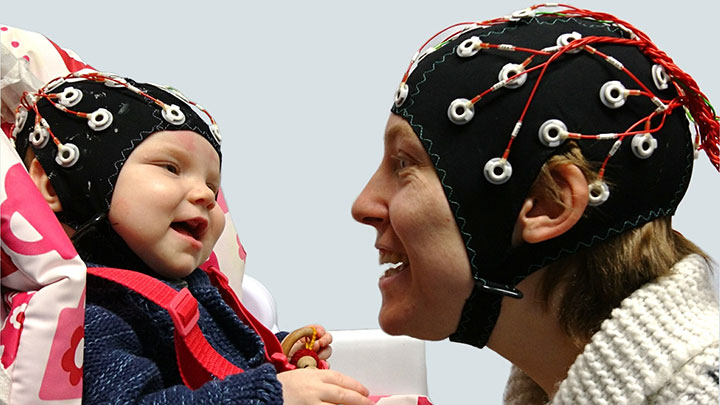 Research measuring brain electrical activity has found that the brainwaves of parents and their babies fall in sync when they make eye contact.

The University of Cambridge study, which is published in the Proceedings of the National Academy of Sciences, involved studying the brainwave patterns of 36 infants.

Brain electrical activity was measured using electrodes in a skull cap worn by the participants. In the first set of experiments, the babies watched a video of an adult as she sang nursery rhymes.

The gaze of the woman in the video first looked directly at the infant, then away and finally she turned her head away but her eyes were looking back at the baby. The brainwave patterns of the adult were recorded in advance.

Researchers found that brainwaves were more synchronised when the woman’s gaze met the infant’s. 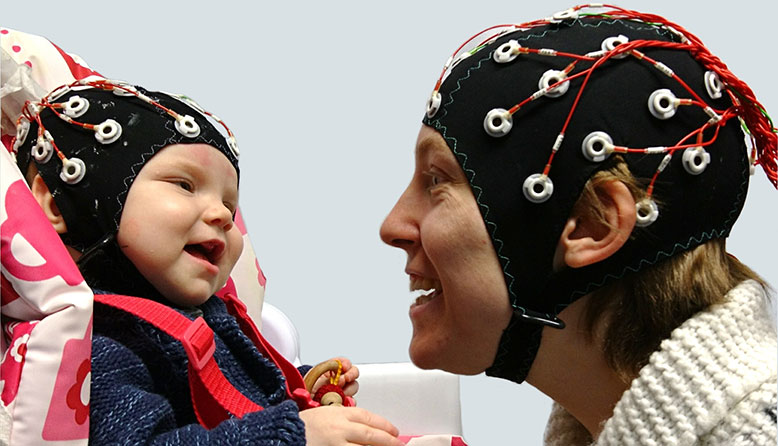 In a second set of experiments, a real adult replaced the video. She either looked directly at the baby as she was singing or averted her gaze. The brainwaves of both the adult and infant were recorded in real-time.

Again, the brainwaves of participants aligned the most when they were looking at each other.

The researchers also found that the baby made more attempts to communicate with the adult through vocalisations when eye contact was established.

Lead author, Dr Victoria Leong, explained that when the adult and baby are looking at each other, they are signalling their intention to communicate.

“We found that both adult and infant brains respond to a gaze signal by becoming more in sync with their partner. This mechanism would prepare parents and babies to communicate, by synchronising when to speak and when to listen,” she observed.