The weevil’s in the detail 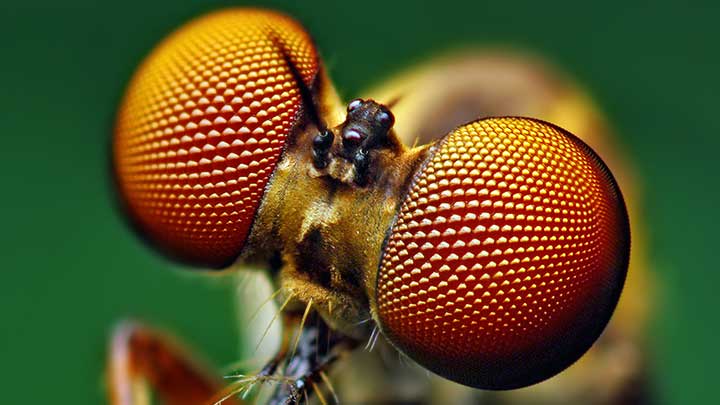 Researchers have revealed that insects can see in much greater detail than previously thought.

Scientists have traditionally believed that insects cannot make out fine detail in their surroundings because their eyes are composed of thousands of ‘eye-units’ that were thought to capture a low-resolution pixelated image.

However, researchers from the University of Sheffield and their colleagues in Beijing, Cambridge and Lisbon have found that insect eyes can generate high-resolution images. Their study is published in eLife.

The many lenses in insect eyes are not able to move and cannot accommodate. But the scientists found that photoreceptor cells beneath the lenses move quickly in and out of focus as they take in an image of their surroundings.

The movements are so fast that they cannot be detected by the human eye. Researchers used a bespoke microscope with a high-speed camera system to capture the movements following light stimulation.

The authors reveal that the study has broader implications for how vision is understood: “These discoveries elucidate how acuity depends on photoreceptor function and eye movements,” they conclude.