Colour blindness, or colour vision deficiency (CVD), affects one in 12 men and one in 200 women, according to a Football Association (FA) report co-authored by City, University of London optometry lecturer, Dr Marisa Rodriguez-Carmona.

“Statistically, every male team contains at least one colour blind player and in a full Wembley Stadium (90,000), at least 5500 spectators will be colour blind,” Dr Rodriguez-Carmona explained.

The report aims to raise awareness and understanding of colour blindness across English football, suggesting positive interventions and best-practice visual examples to ensure those living with colour blindness can fully participate in the sport.

Dr Rodriguez-Carmona, who is also a former AFC Wimbledon footballer, said: “Congenital CVD is one of the world’s most common genetic conditions. It affects one in 12 males, so every male team will contain at least one colour blind player. In women, this is much less common, but the issues faced by colour blind people in football are the same, whether someone is male or female. 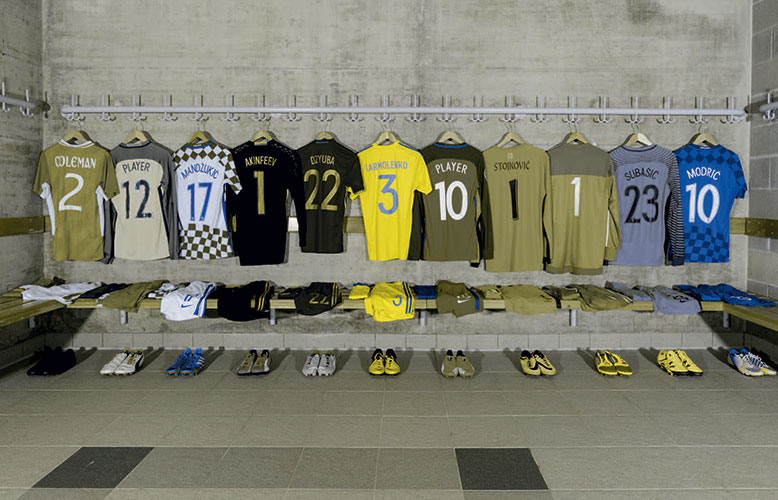 I fully support the commitment of The FA to provide guidance and support on colour blindness for everyone involved in football,” she added.

The most common problems experienced with colour blindness are distinguishing between reds, greens, browns, yellows and oranges as well as between blues, purples and dark pink, the report highlighted.

Problems arise in football when identifying kit clashes between players and match officials. The playing surface, match ball, venues and TV coverage of the match were also identified as issues.

The report also highlighted real-life experiences of people playing and watching the sport.

“In one particular match when we were in red and the opponents were in dark green, I couldn’t tell the colours apart. I had to really concentrate in that game looking at socks, because they were easier for me to distinguish. There was nothing else I could do,” he said.

Dr Rodriguez-Carmona explained that colour blindness, or CVD, is usually an inherited condition caused by faulty gene-sequencing in the DNA of the X-chromosome. It can also arise as a side-effect of diseases, such as diabetes and multiple sclerosis, as well as from some drugs.