Even minor blast pressure can damage the eye

Being close to an explosion that does not cause detectable changes in the brain can still result in long-term retinal injury, new research finds 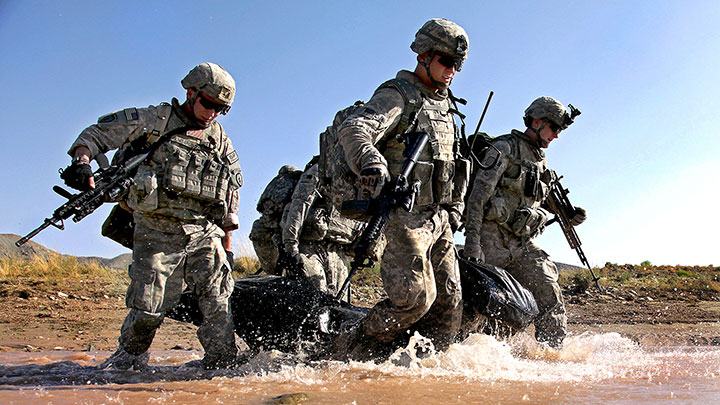 An experiment using mice to model blast-induced trauma has found that pressure from explosions that do not cause detectable changes to the brain can still cause injury to the eye.

The study, published in The American Journal of Pathology, exposed adult mice to blast wave pressure of 300 kPa each day for three successive days.

Assessment of the retinal tissues of the mice found activation of Müller glia, loss of photoreceptor cells, and an increase in phosphorylated tau in retinal neurons and glia.

Tau is a protein associated with pathologies of the central nervous system including Alzheimer disease and Parkinson disease.

Despite the injuries to the retina, there were no detectable cognitive or motor deficits.

Author, Heather West Greenlee, highlighted that the study suggested the retina may be an aspect of the central nervous system that is more vulnerable than the brain.

“Therefore, it may be an effective and more sensitive indicator of low-level injury due to blast-wave pressure," she emphasised.