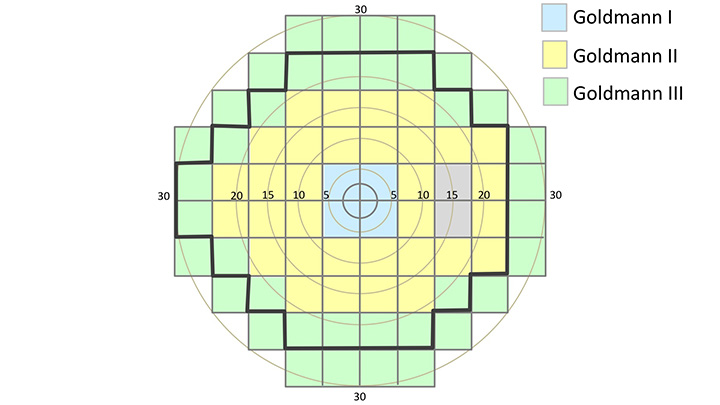 Australian researchers are hoping their new test could one day be rolled out worldwide, after early study results show it could catch glaucoma years earlier than current diagnostics.

The test involves a visual field analyser, but instead of using just one dot size, it offers a pattern of differently sized dots, tailored for both size and light intensity.

The change reflects the fact that the eye processes visual information from the periphery in a different way from in the centre, study co-author and University of New South Wales vision scientist, Professor Michael Kalloniatis, explained.

Therefore, the patented diagnostic is able to catch early blind spots in the eye and loss of peripheral vision.

Based on a study involving 13 patients with early glaucoma or optic nerve damage and 42 with healthy eyes, Professor Kalloniatis estimates the test could detect the disease four years earlier compared to current methods.

The results were published in the journal Ophthalmic and Physiological Optics. The accompanying image shows the 30-2 and 24-2 test grid and corresponding test size, depicted for the Goldmann I, II or III.

With fellow researchers Dr Sieu Khuu and Dr Noha Alsaleem, Professor Kalloniatis is putting the test through its paces in a trial of 60 people, including 30 glaucoma patients, he told OT.

“This will allow further refinement of the testing grid and provide core information required to undertake a large multi-centre clinical trial,” he added.

“Such a multi-centre study will require hundred of patients, but given that the testing approach is relatively easy to implement and patients would already have standard visual fields, it could be completed in one to two years,” Professor Kalloniatis outlined.

He highlighted that: “The current method of visual field testing, which uses just one dot size, is good but not ideal. Our test appears to be much more sensitive at detecting disease at an early stage.

“We hope our new approach will eventually be introduced around the world, and treatment can begin earlier to slow down vision loss in glaucoma,” Professor Kalloniatis concluded.