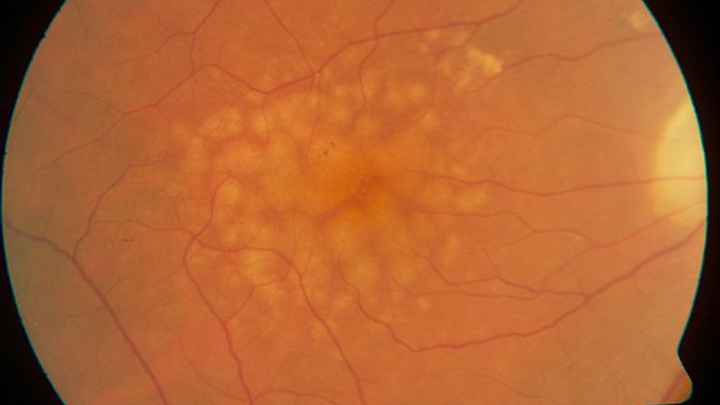 A lack of energy supply to light receptor cells in the retina may be key in the development of age-related macular degeneration (AMD), according to new research.

Scientists working in collaboration at the University of Montreal in Canada and the Boston Children’s Hospital in the US also found that these cells rely on fatty acids, as well as glucose, as their source of energy.

Studying the eyes of mice, the researchers manipulated fatty acid uptake pathways to starve photoreceptors of both fatty acids and glucose.

By knocking out the gene for the protein responsible for fatty acid uptake before providing the cells with high levels of the molecules, the researchers found that the cells switched off their glucose uptake in response to the high availability of the alternative energy source.

They found that these starved cells secreted vascular endothelial growth factor (VEGF) as a signal to encourage the growth of new blood vessels to provide nutrients and energy.

This increased growth of blood vessels behind the retina contributes to the decrease in vision commonly associated with AMD.

The researchers believe that with this new knowledge it may be possible to use drugs to increase nutrient uptake in photoreceptor cells, opening up new avenues for AMD treatment.

Dr Lois Smith, who led the study in Boston, said that the findings could make it possible to make the use of VEGF blockers more targeted and effective in AMD therapy.

Dr Smith commented: “If you go upstream of VEGF and solve the energy problem early, it could be more effective and safer.”

The team will now focus on determining whether there are enough similarities in the receptors in mice and humans in order to use a lipid sensor inhibitor in clinical trials in the near future.

The research was published this week in the journal Nature Medicine.