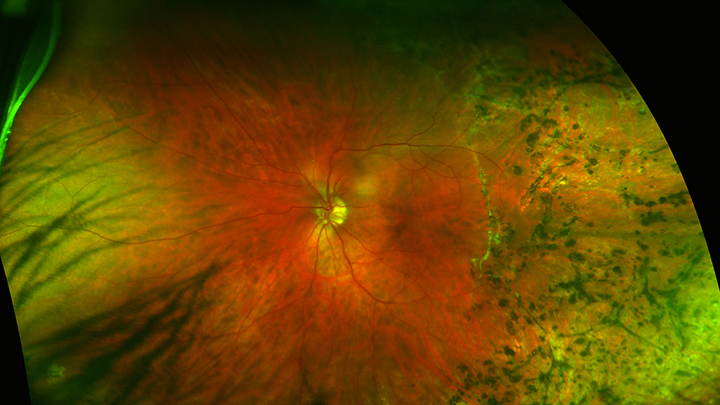 Stem cells taken from patients with retinitis pigmentosa could soon be used to treat blindness caused by the disease, according to new research.

Scientists at the University of Iowa and Columbia University repaired the damaged gene associated with the condition using a gene editing technique known as CRISPR/Cas9.

During the study, published in the journal Scientific Reports, researchers took skin cells from a patient and transformed them into stem cells capable of becoming almost any cell type in the body.

RPGR, the gene responsible for retinitis pigmentosa, was then successfully corrected in the cells using the editing technique to remove the harmful mutation, leaving a healthy version of the gene.

The approach was so precise that it corrected the gene responsible for blindness without affecting any other areas of the genome.

Dr Vinit Mahajan, who led the study, believes that the stem cells with corrected versions of the RPGR gene could be transplanted into the eyes of retinitis pigmentosa patients as a treatment for the disease.

He commented: “With CRISPR gene editing of human stem cells, we can theoretically transplant healthy new cells that come from the patient after having fixed their specific gene mutation.

“I think there is hope in real time for patients with this particular retinal degenerative disease.”

The next stage of the research will be to refine the technique further to ensure it is safe to begin testing in humans.

Dr Stephen Tsang, who contributed to the research, added: “Before we go into patients, we want to make sure we are only changing that particular single mutation and we are not making other alterations to the genome.”

An estimated 31000 people in the UK are affected by retinitis pigmentosa, a genetic disease that leads to gradual loss of vision due to deterioration of the retina. There is currently no cure.