OT  takes a look at what activity is taking place during the eye health campaign week, which begins today (23 September)

Organisers and supporters of National Eye Health Week (23–29 September) have outlined their plans to promote good eye health and the need for regular sight tests.

This year’s campaign features daily themes that focus on a different eye health issue. Resources will be shared online for supporters to use on social media throughout the week.

Today’s (23 September) activity will focus on the importance of regular eye examinations; tomorrow (24 September) will look at nutrition and the eye; sight after 60 and the role good vision plays in preventing falls will be highlighted on Wednesday (25 September); diabetic retinopathy on Thursday (26 September); ‘the big blink’ and charity fundraising takes place on Friday (27 September); children’s eye care is the focus on Saturday (28 September); and smoking and sight loss ends the week on Sunday (29 September).

Organiser of NEHW, Eye Health UK, is calling on opticians to include lifestyle advice on prescriptions in order to reduce avoidable sight loss.

“Reaching out to people with lifestyle advice that encourages them to make simple changes to their diet, smoking habits and activity levels will play a critical role in saving people’s sight in the future,” he added.

Eye Health UK highlighted that lifestyle advice on optical prescriptions and eye examination summaries would not only increase public awareness of the link between lifestyle habits and eye health but also signpost people towards the support they need to make lifestyle changes and improve their general wellbeing.

Optometrist at Lunettes Opticians, Tushar Majithia, said: “We usually provide eye health advice as part of the eye examination but patients often don’t remember all the information given to them. It is important to reinforce the message by including this information on the optical prescription, as well as providing information leaflets.”

The AOP is supporting the awareness week with contributions to Vista magazine, which was published nationwide in September.

The Association’s Stub it out campaign features in the magazine with its head of clinical and regulatory, Henry Leonard, highlighting the eye health risks of smoking.

Head of education at the AOP, Dr Ian Beasley, explains the importance of regular sight tests, while the AOP’s clinical and regulatory adviser, Aishah Fazlanie, provides advice on children’s eyes in a top tips feature.

During NEHW, Scottish independent, Duncan and Todd, is relaunching the nine practices that it acquired from Black & Lizars in April.

A series of open days will take place on Saturday (28 September) to showcase the refreshed practices, which features new signage and window displays.

Managing director of Duncan and Todd, Frances Rus, said: “It’s business as usual for all the branches but patients now have access to our integrated optometry and hearing care services as well as being able to choose from an extensive range of optical products, new brands of glasses and special offers.”

Specsavers is sharing the story of TV chef Rosemary Shrager, who said she is “extremely worried” about losing her sight after several family members went blind due to glaucoma.

Speaking about her family’s experience, Ms Shrager said: “There is a history of glaucoma in my family. My father, sister, grandmother and two aunties all had it, and as it is often hereditary it is a terrifying thought that I could get it too.”

The multiple’s clinical spokesperson, Dr Nigel Best, highlighted that there are several factors that can increase a person’s risk of developing glaucoma.

“As in Rosemary’s case, a family history of the disease increases the chances, but other risk factors include those who have black-African or Asian heritage as well as those who have higher levels of short-sightedness. Of course, age also needs to be considered as two in every 100 people over the age of 40 are affected with the condition,” he shared. 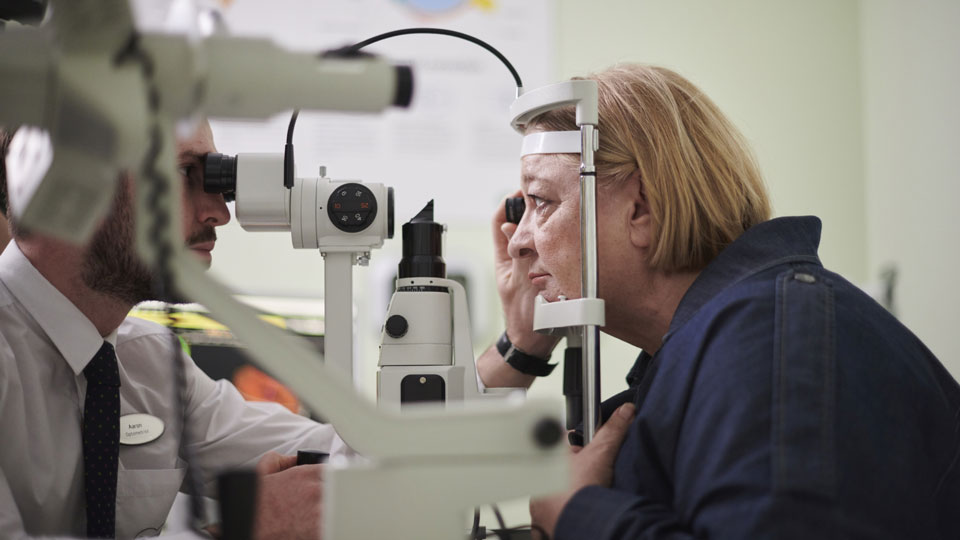 Rosemary Shrager having an eye examination

A set of coasters have been specially produced to depict the landmarks as seen through the eyes of someone with a common sight loss condition.

RNIB Scotland is distributing the coasters to pubs and cafes throughout Scotland with a message urging everyone to go for regular eye examinations at their local optometrists.

The coasters feature Edinburgh Castle, the Callanish Stones in the Western Isles, the Dundee Victoria and Albert Museum and Buchanan Street in Glasgow.

Each image is seen through the eyes of a patient living with age-related macular degeneration, diabetic retinopathy, glaucoma or cataracts.

Campaigns officer for RNIB Scotland, Cate Vallis, said: “With many sight loss conditions, damage to vision can be arrested or even reversed if the symptoms are detected early enough. Glaucoma, for example, can usually be successfully treated. That's why it’s so very important that people do get their eyes examined every two years.” 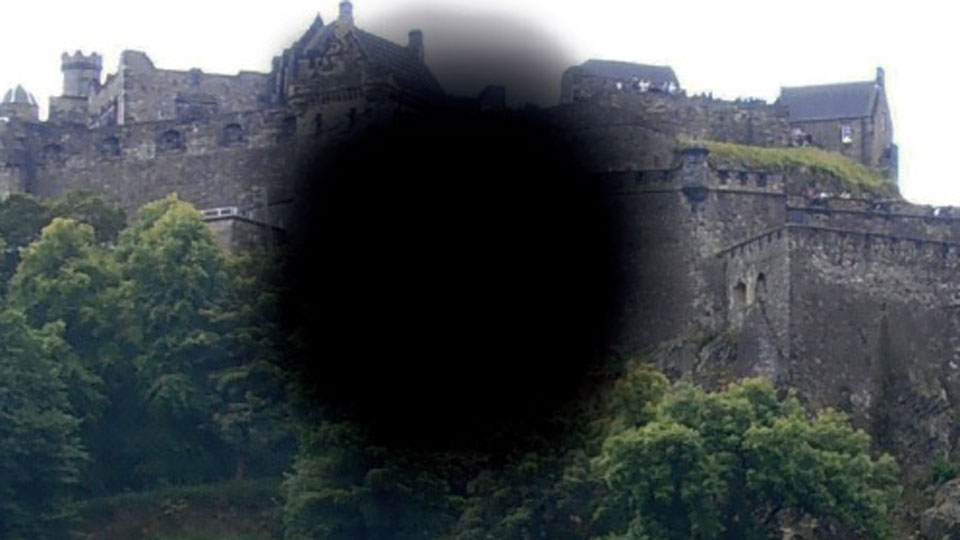 Eye research charity Fight for Sight has received support from chef Michel Roux Jr who shared his story of coming close to sight loss in order to raise awareness of eye health.

“I came dangerously close to losing my sight after two detached retinas in the span of just a few years,” he said, adding: “Without prompt medical treatment, I would have lost my sight completely – a frightening prospect that would have impacted my day-to-day life and limited my ability to continue in a career that I love. I’d encourage everyone to think about keeping their eyes healthy this NEHW.”

The charity’s own research has found that only 30% of Brits are aware that unhealth eating could affect their sight and 40% are unaware that smoking is linked to some eye diseases. 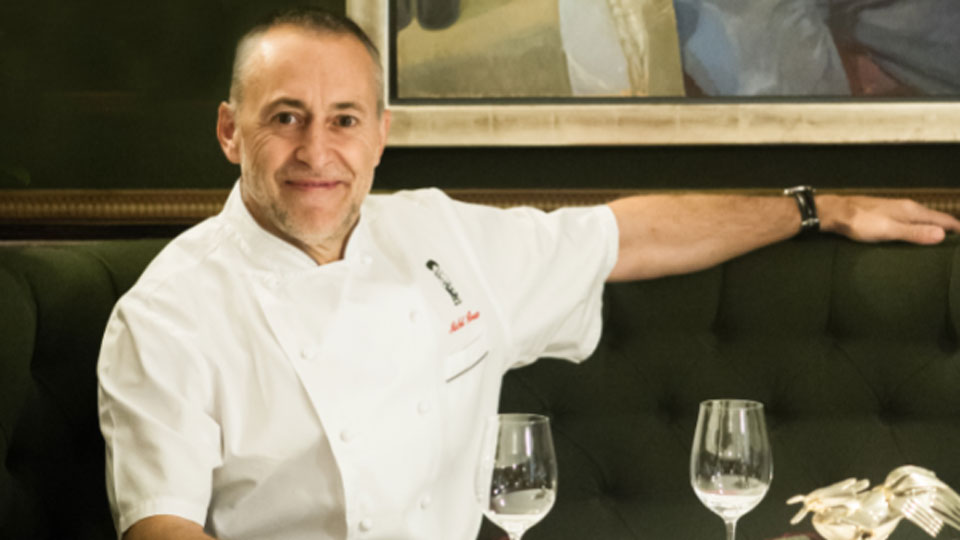 The International Glaucoma Association (IGA) has recruited five glaucoma patients who will be sharing their stories on social media.

The five ‘glaucomasters,’ including comedian Georgie Morrell, will take over the IGA’s social media accounts on different days and offer an insight into how they enjoy an active life despite the challenges of living with a vision impairment.

Chief executive of the IGA, Karen Osborn, said: “We know from our glaucoma helpline that people feel empowered when they tell their stories and our wider supporters love to hear from others with the condition. We are excited to be providing a platform for people living with glaucoma to voice their experiences and make connections.” 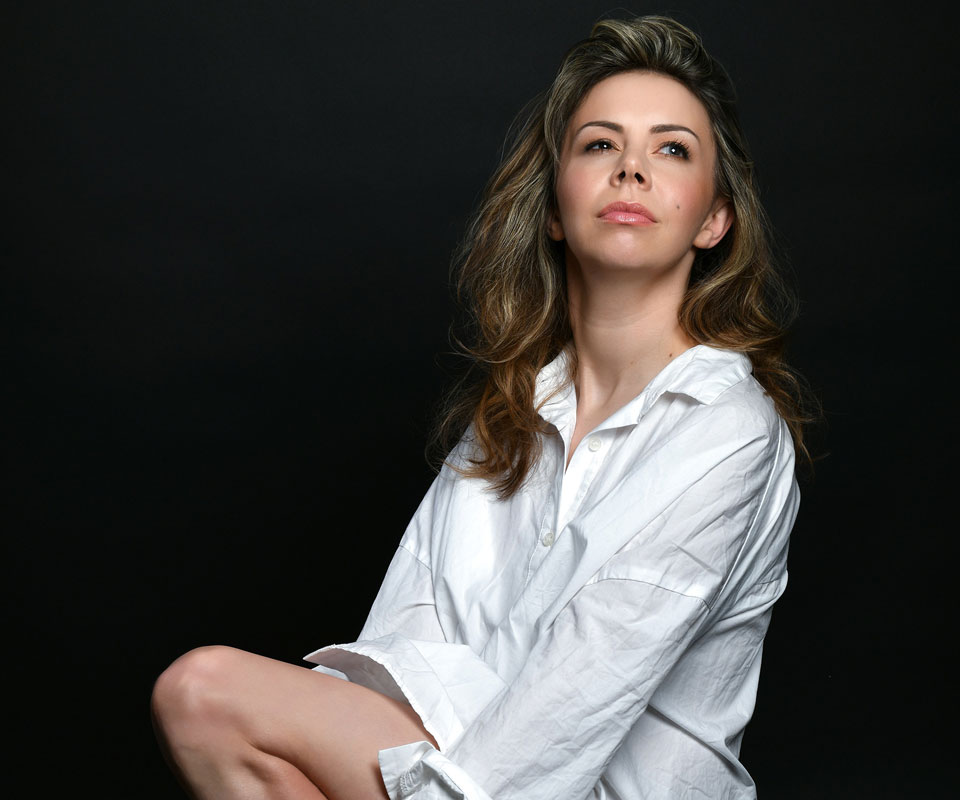 Researchers at the University of Aberdeen have found that Scotland’s free eye care policy has not narrowed the health gap between rich and poor people.

The policy has not been taken up equally across socio-economic groups, leading to greater disparity rather than closing the health gap, researchers found.

However, researchers found that offering the service without charge is producing wider health benefits with an increase in the detection of hypertension.

Lead researcher Dr Alexandros Zangelidis said: “We need to think of ways to make the policy more inclusive and reach parts of the Scottish population where take-up of eye examinations has been low. A more targeted raising-awareness campaign is needed to ensure the uptake of eye examinations is more equitable.”

An event is being held on Wednesday (25 September) in partnership with Optometry Scotland to explore ways to reduce the socio-economic disparities in the demand for eye care.