From positive luxury to imaging, OT  takes a look at what will be showcased in Paris and Las Vegas

Tom Davies will showcase eyewear that demonstrates his commitment to positive luxury at Silmo.

The British eyewear designer explained that his decision to move the production of his frames back to the UK was not only driven by his desire to personally oversee the entire design and manufacturing process, but also to make production as environmentally friendly as possible.

“I am proud to announce that I have taken a series of steps to reduce wastage and minimise my company’s environmental impact and, in doing so, strengthen my commitment to the positive luxury movement,” he said.

Steps have been taken to use recycled acetate and packaging, as well as taking a ‘just in time’ approach to producing frames to create less wastage and no unnecessary inventories.

Customers who order a bespoke horn frame will receive a bonus ring or cufflinks made from the same piece of horn in order to cut down on avoidable waste.

Mr Davies added: “With environmental sustainability being one of my key priorities for 2019, I cannot wait to welcome you at my stand to show you some frames made from recycled acetate as well as new high quality colours made from the 75-80% of acetate raw material that is normally wasted during production.”

ic! Berlin will showcase its Rubber and Zwiko collections at Silmo and Vision Expo West.

Frames have been created by melting rubber leftovers using a process based on the terrazzo technique, with the rubber providing a soft, flexible and lightweight style.

The other three models in the collection – ‘Tobias J,’ ‘Bigspin’ and ‘Phil B’ – are available in black, blue and taupe colour options, which ic! Berlin said makes the rubber look more discreet.

ic! Berlin’s Zwiko collection is the first combination of transparent acetate and metal from the eyewear company. It features 10 styles, including eight spectacles and two sunglasses.

Spectacles such as ‘Beate J’ (pictured below) and ‘Eric D’ match the metal and acetate colouring while frames such as ‘Felix L’ has a graphite-coloured metal frame paired with petroleum coloured acetate to create a less obvious contrast between the materials. 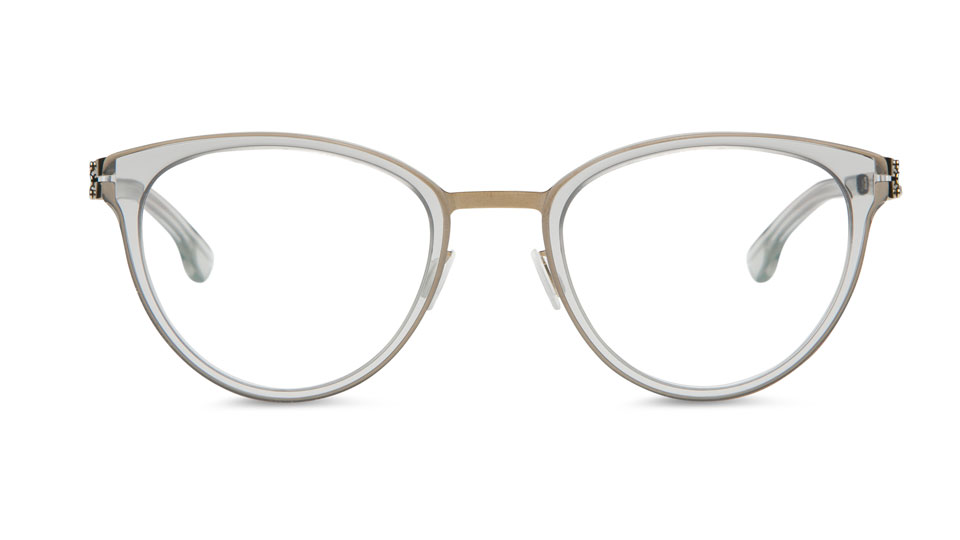 The British eyewear company told OT that details of the new launch are being kept under wraps until the trade show but shared that pink frames and other new colourways will be on display.

Managing director of Kirk & Kirk, Jason Kirk, said: “Along with an exciting new release at Silmo, Kirk & Kirk will be showcasing, amongst other new colourways, fuchsia and cerise. It may come as a surprise that pink is a relatively new venture for this creative and confident brand.”

‘Hana’ (pictured below) from Kirk & Kirk’s Kaleidoscope collection will be available in cerise. The fuchsia-coloured frame ‘Jasmine’ from the Spectrum range will also be showcased in Paris.

Kirk & Kirk frames are made from a specially developed grade of acrylic, which the eyewear company said enables it to create unique colourways. 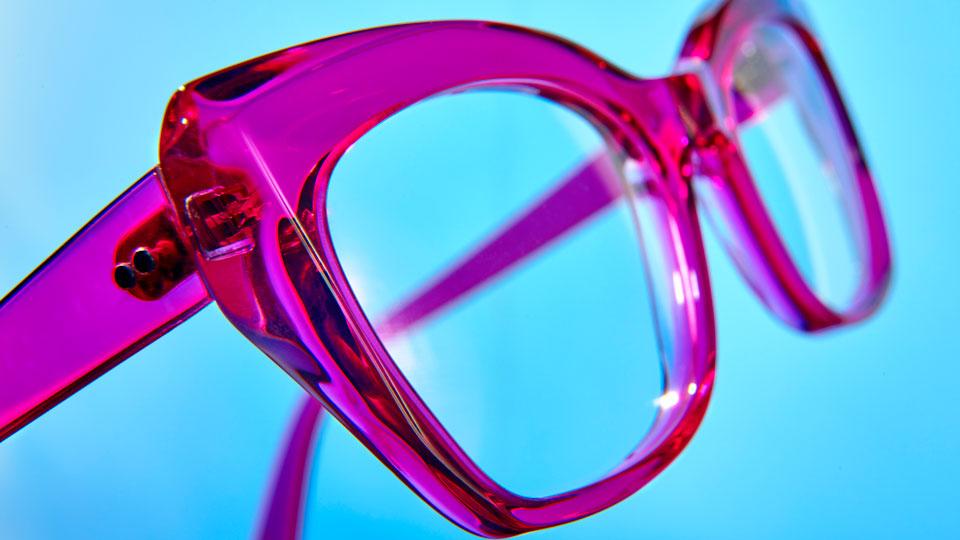 Covrt Project will launch its first eyewear collection, Mission One, at Silmo.

The London-based company said that its aim is to break standards, explore new approaches and define a new culture in eyewear.

Speaking about Covrt Project, Mr Martino said: “The attitude of a streetwear brand with the know-how of an independent creative eyewear label – we have created a strong, identity-driven sunglasses collection, with a completely new mission cultivated on the streets at the heart of the avant-garde factions of urban culture.”

Its first range will include seven unisex sunglasses designed for “streetwear connoisseurs” that are made from milled steel or Mazzucchelli acetate.

Frames feature a single visor with the collection, which has been made in Italy, focusing on tech-inspired design and distinctive detailing. 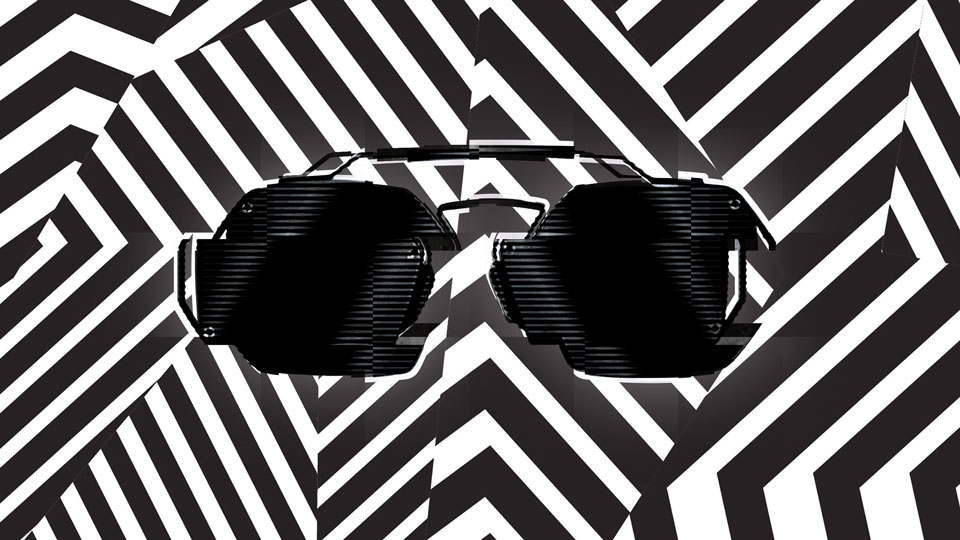 Heidelberg Engineering will showcase its latest multimodal imaging technologies for retinal disease and glaucoma at Silmo and Vision Expo West.

The equipment company will demonstrate the capabilities of its Spectralis glaucoma module premium edition.

Heidelberg Engineering explained that the module is tailored for glaucoma diagnosis and powered by dual-beam live eye tracking, which scans patterns and supports the ability to distinguish glaucoma from other optic neuropathies and physiologic cupping. It also incorporates the Hood Glaucoma Report.

Attendees at the Paris and Las Vegas trade shows will also be able to demo the optical coherence tomography angiography module for Spectralis.

It provides non-invasive imaging with a three-dimensional depiction of retinal vascular flow. The field of view, scan speed and image resolution are all customisable. 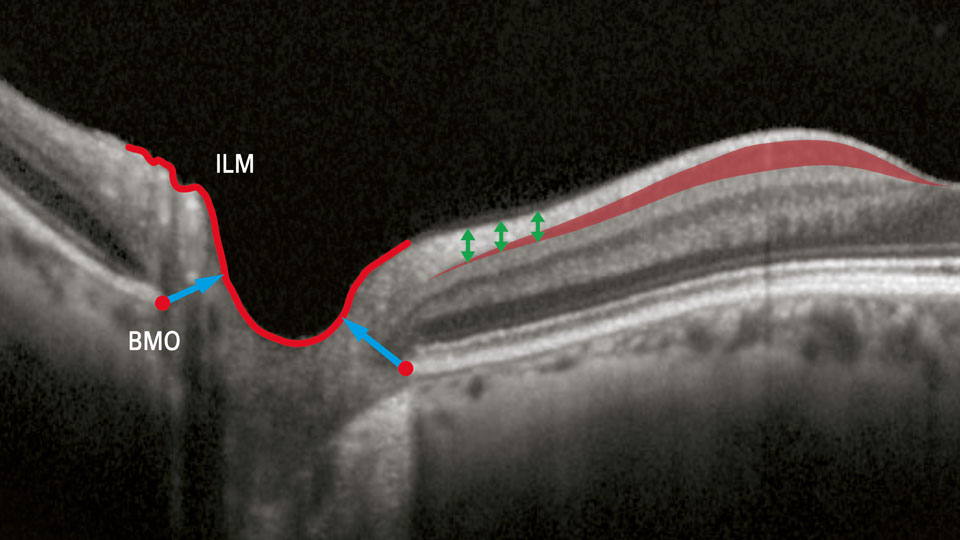 The eyewear company explained to OT that the Dutch fashion brand’s range is designed for “adventurous souls looking for the thrill of the unexpected.”

Inspired by Amsterdam’s traditional architecture, five eyewear stories have been created for the brand’s first collection, including sunglasses inspired by cocktails at sundown.

Creative director at Mondottica, Sam Craig, said: “Inspired by their dream-vintage research, the Scotch & Soda launch sun collection moves from edge-of-the-pool chic to romantic getaways. Whether on a date or with a mate, there is something for everyone.”

Sunglasses include ‘SS8003,’ which is a lightweight frame with milled detailing over the top of the lenses and a terrazzo marble inspired detail on the tips. It is also available in three metallic hue colour options.

The ‘SS2002’ is a metal spectacle style that the company said is “both classic and modernist” with twisted side joints. It features diamond cut details and engravings on the tips with the Scotch & Soda logo.

Speaking about the range, Mr Craig added: “Metal frames embellished by bespoke engravings like reeded coin-edge details are prominent, as well as acetate styles featuring tonal marble or confetti-inspired eclectic patterns and rivets on the temples, all having been adapted into the brand’s identity.” 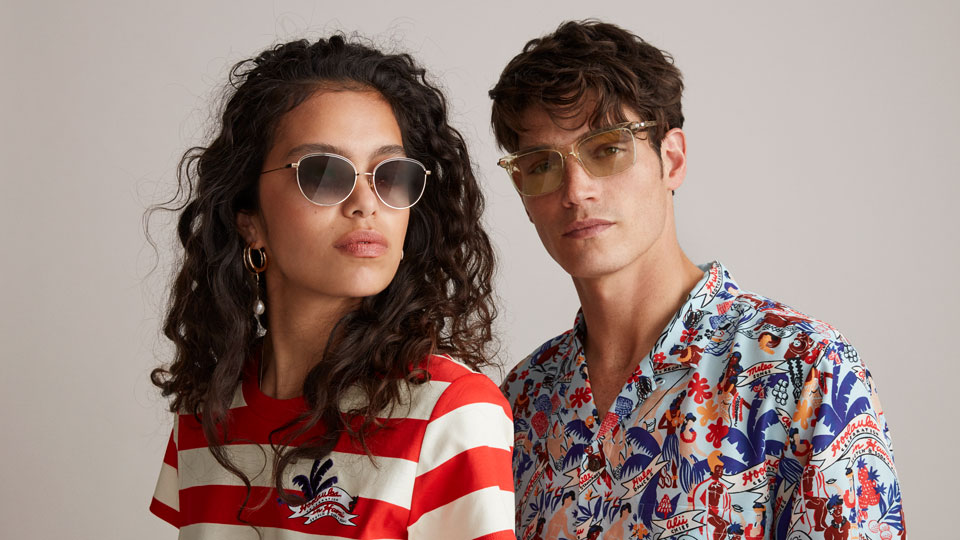 De Rigo will launch new frames from a range of its brands at Silmo and Vision Expo West.

Among the launches is the Police and Lewis Hamilton collection, which the eyewear company said represents “a perfect match between fashion and sports.”

The mask style, ‘SPLA28 – Lewis 07’ (pictured), is defined by a single line across the front and side of the frame. It is made by injecting soft rubber directly on the metal core.

New Furla styles include the geometrical-shaped ‘SFU347,’ which is a metal frame with a hole on the lateral part of the front and a metal F logo on the side.

New sunglasses and spectacles will be added to the Carolina Herrera range, including a large butterfly shape with glued acetate on the sides to match the colours on the front of the frame.

A thick acetate Mulberry frame that has a slight cat’s eye style will also be showcased. It has a keyhole bridge and gradient lenses with a metallic logo on the sides. 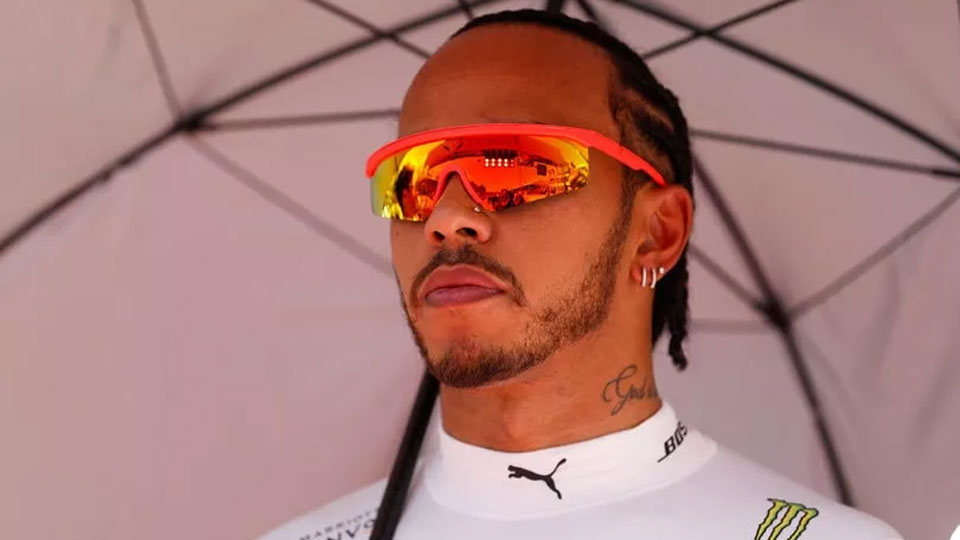