Awards were presented to researchers, newly-qualified optometrists were recognised and new fellows were introduced at the event 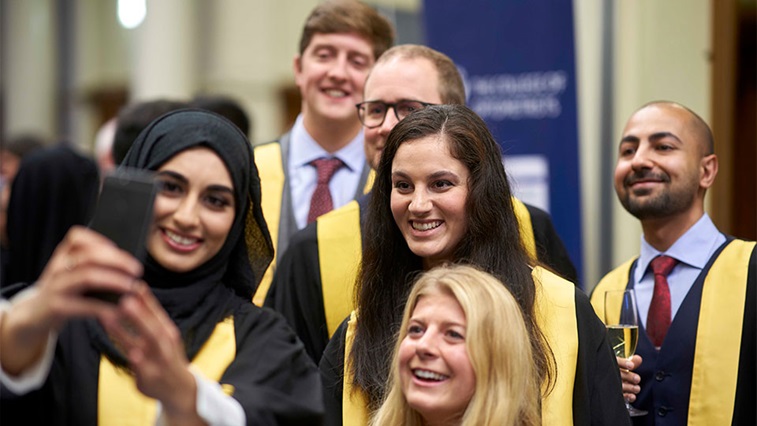 The College of Optometrists welcomed over 300 newly-qualified optometrists to the profession and recognised the achievements of four researchers at its annual diploma ceremony last week.

Held at Central Hall Westminster on 6 November, the College of Optometrists also awarded two life fellowships and one honorary fellowship during the event.

President of the College of Optometrists, Professor Edward Mallen, said: “It is such a pleasure to honour and celebrate the success of those who have made a significant contribution to the profession and practice of optometry through the awarding of fellowships, research excellence awards and higher qualifications.”

“It’s also great to welcome so many young and talented newly qualified members to the profession and celebrate the start of their new challenging and rewarding career,” he added.

At the event, Dr Nicola Logan was awarded the Neil Charman Medal for Research for her work on the mechanisms of myopic eyes.

The George Giles Postgraduate Research Prize was presented to Dr Nilpa Shah for her research into the improvement of measurement of visual function in clinical settings.

Professor Robert Hess was awarded the Bernard Gilmartin OPO Award, along with his co-authors for their paper, Binocular vision in amblyopia: structure, suppression and plasticity.

The Philip Cole Prize for excellence in practice-based research was presented to Jasleen Jolly for her work on biomarkers in retinal disease.

Optometrists Ruth Brough and Professor Jennifer Craig were made life fellows of the College of Optometrists.

Ms Brough was recognised for her contribution to the development and implementation of the scheme for registration as the former lead assessor for the College of Optometrists.

Professor Craig was recognised for her contribution to the development of the profession through teaching and education, especially in the area of ocular surface disease.

Optometrist James Russell was made an honorary fellow for his work to increase collaboration between optometrists and dispensing opticians.