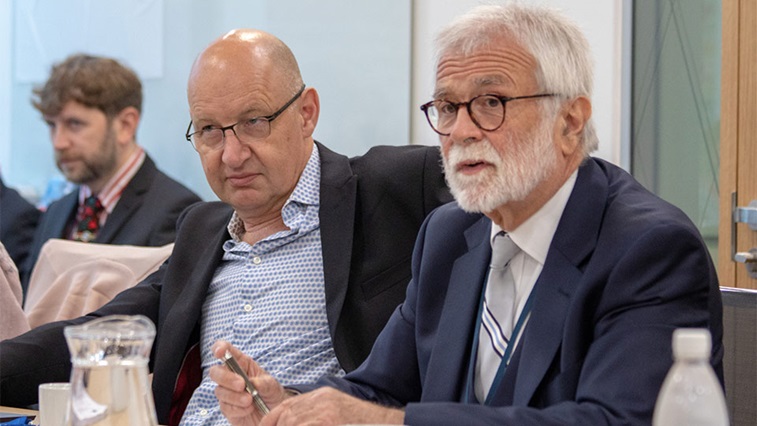 The General Optical Council’s (GOC) interim chief executive, Adam Sampson, has announced that he will step down from the role at the optical regulator.

Speaking at today’s (12 September) GOC meeting in London, Mr Sampson (pictured above left with GOC chair, Gareth Hadley) revealed that he is taking on permanent role as CEO of a new charity that will provide residential and educational services to disabled children and adults.

The GOC will announce the name of a new interim chief executive and registrar in the coming days, with the appointment due to start at the regulator next week once formalities have been completed.

The outgoing interim chief executive said that he believes the GOC has a strong group of staff to continue the work done so far on the Education Strategic Review, business standards and fitness to practise reviews.

Mr Sampson joined the GOC in June following the announcement that the regulator’s chief executive, Vicky McDermott, would take a period of absence due to personal reasons.

He has previously held roles as chief legal ombudsman and chief executive of homelessness charity, Shelter.