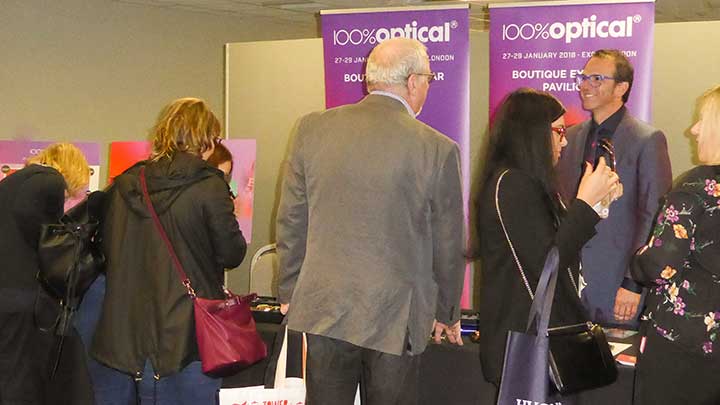 The National Eyecare Group (NEG) and Independents Day (iDay) business conferences were held at a new venue and feature an updated programme at the 2017 event.

The conferences for independent practitioners moved from the Birmingham Hilton Metropole Hotel to Coventry’s Ricoh Arena, and welcomed over 200 delegates on 5–6 November.

On the first day, the NEG conference explored its Building for Success theme with a CET-accredited lecture delivered by Professor Mo Jalie on Eighth generation progressives. Eye surgeon Anil Pitalia presented on Where is the business in clinical services? and practice owner Ian Cameron pondered, Are your patients self-obsessed narcissists?

The iDay conference the following day had the theme, Focus on the detail for successful retail. Founder and managing director of JoJo Maman Bebe, Laura Tenison, delivered the keynote presentation, during which she discussed how the company has grown to achieve a forecast turnover of £50 million.

The iShow exhibition, which ran during both conferences, featured 45 exhibitors, including a 100% Optical Boutique Eyewear Pavilion, which previewed some of the eyewear that can be expected the event in January (27–29, ExCeL in London).

This year’s iShow competition winner was optometrist Maz Gulamhusein of Zeidan Eyecare Centre. The NEG member won a week’s holiday in Tenerife, with a £300 contribution to flights.

Speaking about the event, organiser of iDay, Nick Atkins, said: “A combination of our continued alliance with NEG, a more professional conference venue, a great speaker line-up and more practical advice and support in our interactive break-out sessions resulted in what I think was the best iDay we’ve ever run.”

NEG’s director of business development, Phil Mullins, added: “By building on the success of our first joint event, the feedback from both delegates and exhibitors was that this year’s event was even better and more successful.”