‘Mr Optrafair’ honoured on his retirement from the event 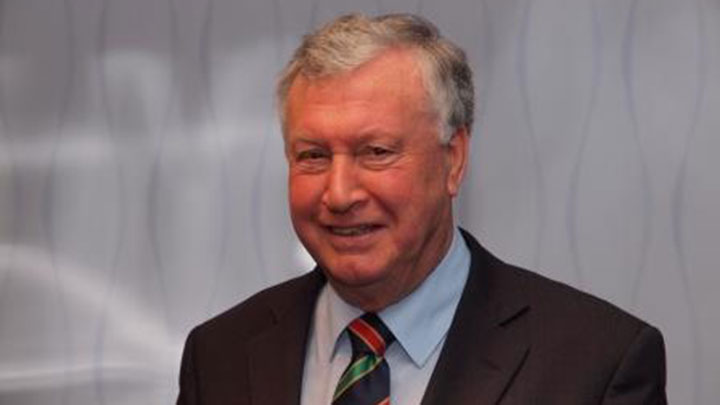 The retirement of 'Mr Optrafair,’ Malcolm Polley (pictured), was marked at the Birmingham trade show on the opening day of the event (1 April) at the NEC, with the presentation of a cake in the new centenary bar.

Mr Polley is a former chief executive of the show’s owner, the Federation of Manufacturing Opticians (FMO) after being its chairman in 2006. He retired from the FMO, the world’s longest established optical trade body, in 2014, but retained his position as director of Optrafair.

An optical stalwart now aged in his 80s, Mr Polley began his career in dispensing, working at various London practices and then joined the Norville Group in the 1980s where he became director of sales and marketing.

FMO chairman, Andy Yorke, and director, Barry Dibble, both paid tribute to Mr Polley's skill at developing Optrafair over the years and to his passion for showcasing the best in the UK optical industry.

The trade show has been running since 1978 and since 2016 has been managed by Mark Allen Exhibitions. This year’s event attracted 7,122 visitors from all over the UK.

The 2017 Optrafair included a central bar celebrating the FMO's centenary. New features at the event including trend forecasting, window dressing, a boutique frames section and a business theatre area.

FMO chief executive, Bryony Pawinska, former chief executive of the College of Optometrists, said: “This was the first Optrafair show for which Mark Allen Exhibitions had a full year's planning cycle, having taken on the event management mid-way through planning for the 2016 show. I am delighted at the vibrancy of the new show format.”

Ms Pawinska added: “The centenary bar area worked particularly well as a busy central focus and comments from exhibitors and visitors alike have been overwhelmingly positive."

A new strategic alliance with the German trade show Opti was formally launched at Optrafair on Monday (3 April).

David Owen, managing director of Pattern Ltd, Opti’s UK and Ireland agent, explained at the launch: “GHM (that stages Opti) is an exhibition organiser for trade associations for their selected industries and sees great synergies with Optrafair because of its ownership by the FMO.

“Opti is particularly interested in the technical prowess of opticians in the UK market and see this co-operation as very beneficial,” he concluded.