GOC report finds a positive perception of opticians among the public, but more needs to be done to strengthen the association with wider eye health issues 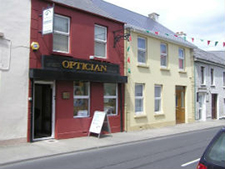 The public’s perception of opticians is overwhelmingly positive, with high levels of confidence in the standards of care provided by practitioners, finds a new report commissioned by the General Optical Council (GOC).

However, the public associate opticians with sight tests, rather than general eye health and there were concerns with the finding that members of the public head immediately for their GP when something goes wrong, according to the report.

The findings come from the Public Perceptions of the Optical Professions report, conducted by market research firm ComRes, which was presented at a meeting of the GOC earlier this week (13 May).

Based on a survey of 2,250 people, the report shows a largely positive snapshot of the public’s perception of optics. A total 92% of respondents said they were confident of receiving a high standard of care from their optician, compared with 87% for GPs and dentists.

However, the report found that more than half of people (54%) think of their GP as the first port of call for any problems relating to eye health, compared to just 19% for opticians. While 10% would visit a pharmacist and 6% would go to A&E with an eye problem.

The majority of the public know that optometry is regulated, and are confident that this works effectively, and 12% were able to name the GOC as the sector’s regulator.

The GOC’s director of strategy, Alistair Bridge, said: “It is very pleasing to see from our research that the public are confident of receiving a high standard of care from opticians and that the vast majority of people have never had a reason to complain.

“The survey also shows a low level of public awareness of the role that opticians play in detecting eye health problems as opposed to improving vision.”

He added: “There is clearly an opportunity to raise awareness of the roles that optometrists and dispensing opticians play in improving the UK’s eye health and a need to address the barriers to them making a greater contribution in the future.”