Key findings from the report highlight age as the largest factor, but also confirmed higher risks of mortality for those in BAME groups 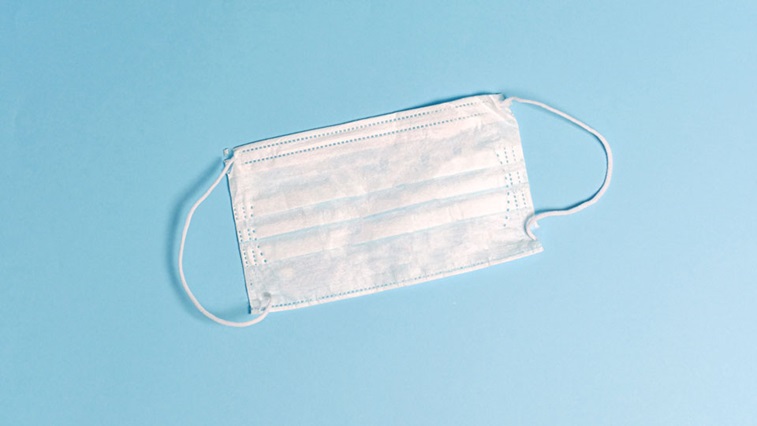 Pexels/Anna Shvets
A report published by Public Health England (PHE) into the disparities in risk and outcomes of coronavirus (COVID-19) has identified a number of groups at a higher risk from the virus including those in Black, Asian and Minority Ethnic (BAME) groups.

In the opening of the review, PHE state that the report: “Confirms that the impact of COVID-19 has replicated existing health inequalities and, in some cases, has increased them.”

The largest disparity was found to be age, with the review finding that among people already diagnosed with COVID-19; people aged 80 or older were 70-times more likely to die than those under 40.

Gender was also a factor, the review found, suggesting working-age males diagnosed with COVID-19 were twice as likely to die as females, while those in the most deprived areas of the country, as well as those with comorbidities such as diabetes are also at a higher risk.

This confirms the findings of a previous study by academics at the University of Oxford and London School of Hygiene and Tropical Medicine (through the collaborative OpenSAFELY analytics platform), which outlined key factors associated with death from COVID-19, suggesting that people of Asian and Black ethnic origin were found to be at a higher risk of death.

The PHE analysis suggested that, after accounting for the effect of sex, age, deprivation and region, people of Bangladeshi ethnicity had around twice the risk of death than people of White British ethnicity. The report stated that people of Chinese, Indian, Pakistani, Caribbean, or other Asian and Black ethnicities had “between 10 and 50% higher risk of death” compared to white British people.

The review did not explore the reasons for this disparity, stating that the relationship between ethnicity and health is “complex” and likely to be the result of a variety of factors. The report suggested that people of BAME communities are likely to be at an increased risk of acquiring the infection, potentially because, “BAME people are more likely to live in urban areas, in overcrowded households, in deprived areas and have jobs that expose them to higher risk.”

The review also suggested that people of BAME groups are more likely to have been born abroad, suggesting they may face “additional barriers in accessing services that are created by, for example, cultural and language differences” which it suggests could be a reason for the differing mortality rates.

A limitation of the review, is that the analysis did not account for occupation, comorbidities or obesity, noting this as a shortcoming as “occupation is associated with risk of being exposed to COVID-19 and we know some key occupations have a high proportion of workers from BAME groups.”

As the optical sector prepares to provide more face-to-face patient care, we urgently need further advice and support from the Government and NHS England so that we can effectively mitigate the risks for all our staff, and for our patients.

Over 10,000 COVID-19 cases have been identified in nurses, midwives and nursing associates registered with the Nursing and Midwifery Council. Among those who are registered, the PHE review said this represented 4% of Asian ethnic groups, 3.1% of other ethnic groups, 1.7% of white ethnic groups and 1.5% of both black and mixed ethnic groups. The analysis did not look at the possible reasons behind these differences.

The Office for National Statistics (ONS) has previously reported that men working as security guards, taxi drivers and chauffeurs, bus and coach drivers, chefs, sales and retail assistants and workers in construction and processing plants, as well as men and women in social care roles, had significantly high rates of death from COVID-19.

Within these groups, nursing auxiliaries and assistants, security guards and related occupations and taxi drivers and chauffeurs were found to have an increase in deaths higher than the average for those aged 20 to 64. The review adds, however, that the ONS did not find that healthcare workers had higher rates of death involving COVID-19 compared with the general population.

Commenting on the release of the PHE report, Dr Peter Hampson, AOP clinical director, said: “The recent report by Public Health England confirms the findings by the OpenSAFELY Collaborative, which demonstrated the increased COVID-19 risks for several groups of colleagues including those from the BAME community.”

“As the optical sector prepares to provide more face-to-face patient care, we urgently need further advice and support from the Government and NHS England so that we can effectively mitigate the risks for all our staff, and for our patients.”

According to the AOP’s survey report Optometrists’ Futures 2018, which gave an insight into the optometry workforce, 28% of respondents were Asian or Asian British and 1% were Black/African/Caribbean or Black British. The number of Asian/Asian British men and women entering the optometry profession has been rising from the 1990s.

In response to the PHE’s findings, the British Medical Association (BMA) also highlighted the need for further guidance.

Calling the report a “missed opportunity” the BMA said: “We need practical guidance, particularly in relation to how healthcare workers and others working in public-facing roles will be protected.”

On 30 May, NHS England and the NHS Confederation announced the launch of a new centre to investigate the impact of race and ethnicity on people’s health.

The NHS Race and Health Observatory will aim to offer analysis and policy recommendations to improve health outcomes for NHS patients, communities and staff.

NHS chief executive, Sir Simon Stevens, said: “Ethnicity and race have been shown systematically to influence our health, independent of factors such as age, sex, and socio-economic status. The coronavirus pandemic has injected stark urgency into the need for more action to both understand and tackle deep-seated and longstanding health inequalities facing people from black, Asian and ethnic minority backgrounds.”

As the coronavirus (COVID-19) pandemic transforms the way optometrists practise, OT is sharing the experiences of optometrists across the UK. If you, or a colleague, is interested in sharing your thoughts on the PHE findings, please get in touch by email.