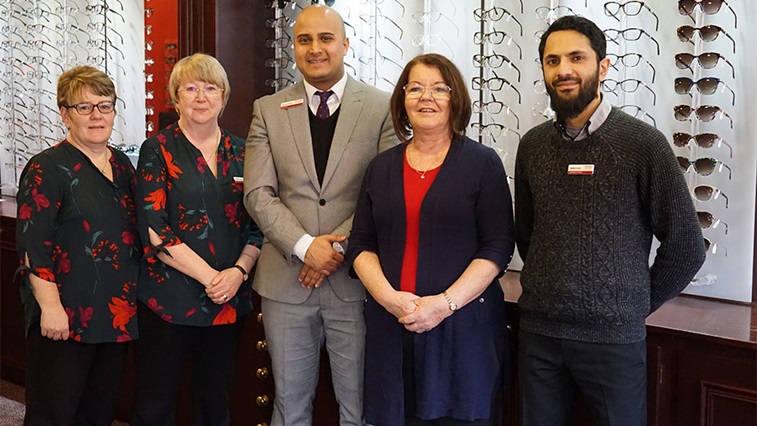 MP Kate Hollern has emphasised the importance of easing the burden on the NHS during a meeting with a Blackburn optometrist.

The MP for Blackburn met with head optometrist, Haroon Ahmed, and colleagues at Tyrrells and Embery Optometry on 4 February.

Mr Ahmed has completed a diploma in independent therapeutic prescribing through the College of Optometrists.

He is keen to raise awareness of this service and is hoping to encourage other optometrists to follow suit.

“Anything that can take pressure off the NHS is great. Eye sight is so precious and early intervention is crucial,” she shared.

Tyrrells and Embery Optometry celebrates its 90th anniversary this year.

Mr Ahmed said: “We have always pushed the boundaries and are proud to offer a personal service to our patients and the local community; this service adds to that.”