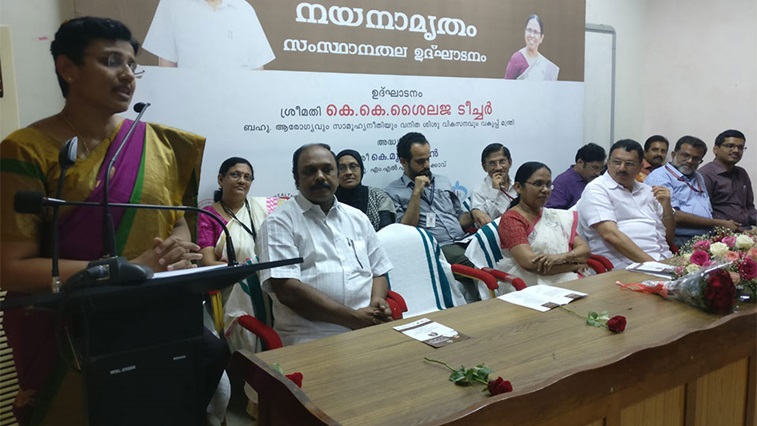 A Moorfields Eye Hospital consultant joined Kerala state ministers in India last week at the launch of a new project that aims to prevent blindness caused by diabetic retinopathy.

Medical retina consultant, Professor Sobha Sivaprasad, was invited by the health secretary for Kerala, Rajeev Sadanandan, for the launch of The Kerala Study.

They were joined by health minister, KK Shailaja, who highlighted how the study will enable diabetic retinopathy screening at primary care level.

Professor Sivaprasad said: “Projects such as this can make a real difference to people’s lives, particularly in areas like Kerala where one in five of the population is diabetic and at risk of developing diabetic retinopathy.”

The study is part of the Ornate India project, which was launched in 2017 with a £6.3m grant from the Global Challenges Research Fund and UK Research and Innovation to trial cost-effective tests that help to prevent blindness in India.

“The funding the project received has meant that we’ve already built research capacity and capability, so we can carry out a pilot study. We’ve trained doctors and nurses at regional family health centres to diagnose diabetic retinopathy using smartphone retinal cameras, optometrists to grade retinal images and ophthalmologists at district hospitals to treat the condition,” Professor Sivaprasad added.

Moorfields Eye Hospital explained that by increasing research capacity and capability though the study, a diabetic retinopathy care pathway using smartphone technology can be developed.