How the fire service is saving sight 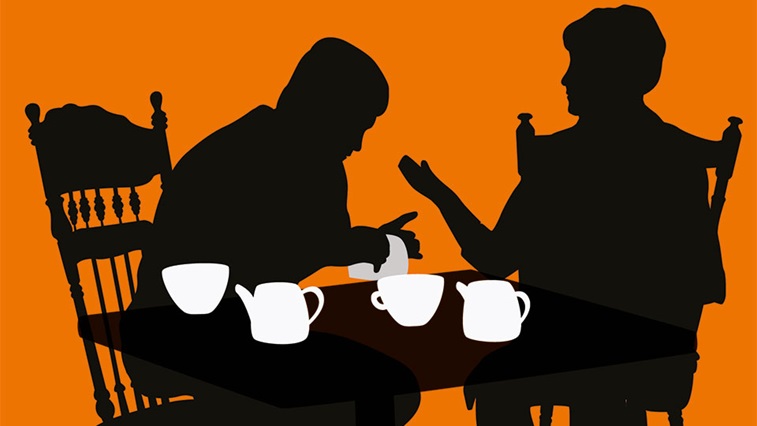 More than 6000 people have received eye health information from the fire and rescue service through a project that aims to identify and support older people living with sight loss.

Success stories from the two-year Optimeyes project include a retired horticulturist who went from struggling to maintain his allotment to leading an award-winning community garden. A gentleman who had become socially isolated following his wife’s death was able to play darts with friends at the local pub again after being fitted with Optelec power TV glasses.

Royal National Institute of Blind People (RNIB) project manager, Claire Cawkwell, told OT that fire service workers also helped a woman with cataracts after they identified that she was struggling with her sight.

“She had believed for a number of years that she had difficulties with her vision because there was a large amount of smoke in her flat as she was a heavy smoker,” Ms Cawkwell explained.

The woman’s vision improved significantly after she was supported by Sheffield Royal Society for the Blind to have cataract surgery.

“That was a massive success story. If we can help one person out in that way, that has made it all worthwhile,” Ms Cawkwell emphasised.

Ms Cawkwell explained that the fire service have a trusted position in society and were beginning to take on a more holistic role at the time the project was rolled out.

“They were already going out to visit older people to do these fire safety checks. We thought, while they are there, why don’t we ask about their eye health or when was the last time they went to their optometrist? We piggy-backed on to that,” she elaborated. 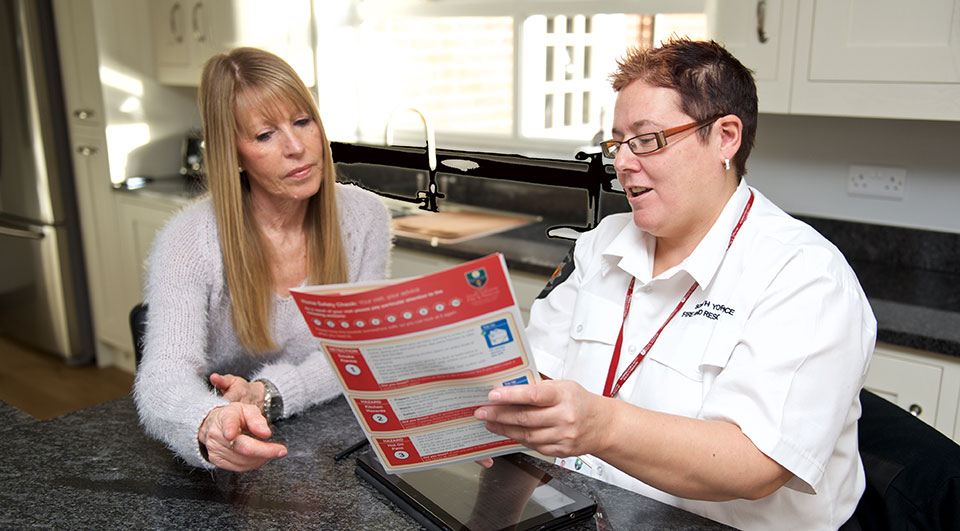 Community safety officers, who work within the prevention arm of the fire service, were given training in visual impairment awareness, risk factors for sight loss and were trained to use a screening tool called the Eyes Right Toolkit. Some frontline firefighters also received training through the initiative.

Ms Cawkwell said that the benefit of the Eyes Right Toolkit is that it can be used by anybody.

“We found that it is a really good conversation starter. It doesn’t replace an eye test by any means. In fact, the outcome of using the kits is often, ‘You should go and see your optometrist or you should visit them every two years’,” she shared.

Thomas Pocklington Trust (TPT) has funded the toolkits since 2011. The kits were developed as a result of research conducted through the Institute of Optometry, before being piloted by the RNIB and TPT in partnership with community-based voluntary organisations.

TPT chief executive, Peter Corbett, told OT that he is “delighted” with the fire service using the toolkit.

“We would welcome more groups following the example of the fire and rescue service in working with the general public to promote the importance of eye health,” he added.

TPT research and policy director, Phil Ambler, highlighted that at least 50% of sight loss is avoidable.

“Many older people are needlessly living with sight loss. We are always pleased to see proactive action taken to raise awareness of the importance of sight tests in identifying underlying health conditions. Such simple measures can make such a massive difference in the quality of someone’s life,” he emphasised.

"One of the people who we spoke to said, 'I was quite shocked to be asked by a firefighter about my eyes' but they didn't take it in an unpleasant way"

"One of the people who we spoke to said, 'I was quite shocked to be asked by a firefighter about my eyes'"

Ms Cawkwell noted that the idea of receiving eye health information from a fire service worker did catch people off guard occasionally.

“One of the people who we spoke to said, ‘I was quite shocked to be asked by a firefighter about my eyes’ but they didn’t take it in an unpleasant way,” she shared.

Often the people who were supported through the project were socially isolated, so they were responsive to the fact that someone was looking out for their wellbeing, she added.

“I think quite a few people welcomed it. The community safety officer may be the only person that an older person has seen for a while – having a longer conversation about how things are going for them is a good thing,” Ms Cawkwell emphasised.

One of the positive parts of the project is that older people with similar interests began meeting up to take part in activities together, from swimming to Boccia and the creation of peer-led IT groups.

A swimming group that started up included women who had not been to the pool in decades.

“One woman had never swum before,” Ms Cawkwell highlighted.

“She had been blind her whole life and had never had the confidence. They all made friends and had this wonderful support group,” she elaborated.

Although funding for the project has wrapped up, the RNIB has produced good practice guidelines that are available for fire services looking to implement a similar initiative in their area and is continuing to explore future partnership work.

Ms Cawkwell shared that Optimeyes is one of the best projects that she has worked on over the years.

“It has been an honour. There were lots of little moments throughout the project – you saw people doing something they had never done or never thought they would be able to enjoy again.”

As well as the flagship projects in South and North Yorkshire, Essex and Hampshire Fire and Rescue Service has begun using the Eyes Right Toolkit. Fire and rescue services in Merseyside, Avon and Bristol, and Devon and Somerset are also looking into ways of incorporating eye health into their roles.

Gloucestershire Fire and Rescue Service rolled out training on the Eyes Right Toolkits to staff at the beginning of 2017 and has included the information as part of signposting and advice given out during their ‘Safe and Well’ visits.

The toolkits are used on people over 65 who have not been for regular eye checks.  Results are recorded on a letter which people can then take to their optometrist.

The project was rolled out after the Gloucestershire Clinical Commissioning Group (GCCG) identified a need for older and vulnerable people to have access to regular eye examinations, with a reduced risk of falls seen as a potential benefit.

The GCCG became aware of the toolkits through their involvement with the England Vision Strategy (EVS).

“We are keen to continue to raise awareness of the need to have regular eye examinations by promoting the toolkits through our regional networks,” she emphasised.