Eyes on the road

The Minister for Transport Legislation and Maritime, John Hayes, has encouraged the Driver and Vehicle Licensing Agency (DVLA) to remind drivers of the importance of good vision.

Speaking in the House of Commons on 30 November, Mr Hayes said that the Government “could do something very practical” to ensure road conditions are made safer.

“We could get the DVLA to remind drivers of the importance of good eyesight in the letter that it sends to them when their licences are renewed. We will certainly be doing that,” he said.

The DVLA has since highlighted that it launched a 12-week awareness campaign on 27 November, reminding drivers that they should have their eyesight checked regularly.

A DVLA spokesperson told OT: “We continue to tell drivers about the importance of meeting the minimum eyesight standards. A number of our forms already contain a message to drivers reminding them to have regular eyesight tests and we are in the process of adding messages to reminder letters. We are also delivering this message through wider communications activity including blogs and social media.” 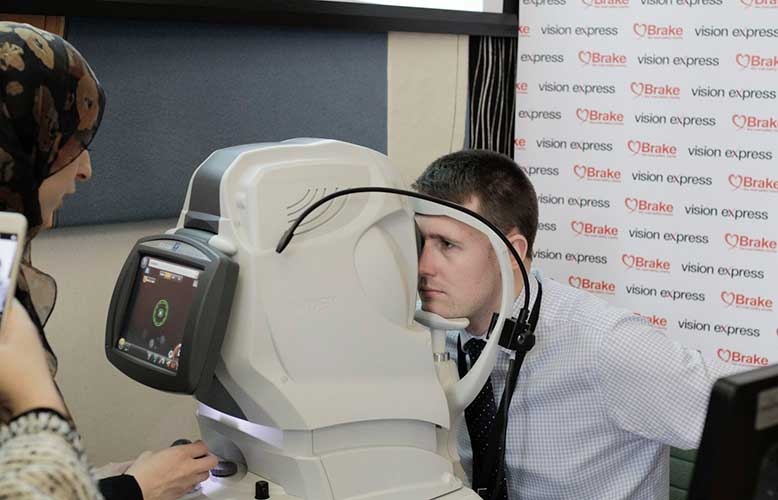 Clinical director at the Association of Optometrists (AOP), Dr Peter Hampson, said that the Minister’s suggestion was good practical advice.

“However, we think more action on drivers’ vision is needed to make sure people are meeting the vision standards,” he added.

“Our research indicates that many continue to drive, sometimes unknowingly, below the required standard. As a result, we believe that all drivers should prove that their vision meets the legal standard to be granted a licence and then every 10 years, thereafter. This simple step will improve safety on our roads and could save lives,” Dr Hampson shared.

The Minister’s comments were made in response to a question from David Linden MP (pictured), who also spoke about hosting Vision Express and the charity Brake at Portcullis House during Road Safety Week (20–26 November).

Vision Express raised awareness at Westminster and Holyrood and welcomed over 50 MPs and MSPs at their respective events.

CEO of Vision Express, Jonathan Lawson, said: “We look forward to working with the Department for Transport to make sure the new eye health message to drivers promotes eye tests as an essential health check.”

In the Commons, Mr Linden also cited an electronic motor signage pilot that was held in Scotland during Road Safety Week. Transport Scotland told OT that it supported Vision Express’ campaign by using variable message signs that urged drivers to get their eyes tested. A message was displayed during the absence of any live road incidents.