Call for the London Mayor to deliver an eye health strategy

The eye health of Londoners must become a greater public health priority, according to a new report

The London Assembly health committee has published the findings from its investigation into the capital’s eye health.

The report found that eye health is a growing issue in London, with sight loss costing its economy £6.4 billion a year, or £750 per Londoner a year. It costs the UK £28bn a year.

Statistics from The Royal National Institute for Blind People (RNIB) are included in the report and predict that an extra 194,000 Londoners will be living with a sight-threatening eye condition by 2030. An extra 74,000 are expected to be living with sight loss by 2030.

The London Assembly proposed a London-wide strategy for eye health, and called on the London Mayor, Sadiq Khan, to support its development and implementation.

Speaking at the launch event yesterday (December 5), the chair of the health committee and Assembly Member, Dr Onkar Sahota (pictured), said that the Mayor should work with eye health experts to deliver the strategy.

“We are lacking strong leadership in this area and the Mayor of London is ideally placed to drive forward the changes that are needed to transform eye health care in London. We need an eye health strategy for London and we need it urgently,” he said.

He highlighted that there is consensus within the industry on the topics covered in the report, and added: “Making London a sight-friendly city is a goal for us all.”

Eye Health – preventing sight loss in London was launched at The Royal College of Ophthalmologists’ office in Kings Cross. College president, Mike Burdon, said that the report was the foundation for transforming eye health in London. 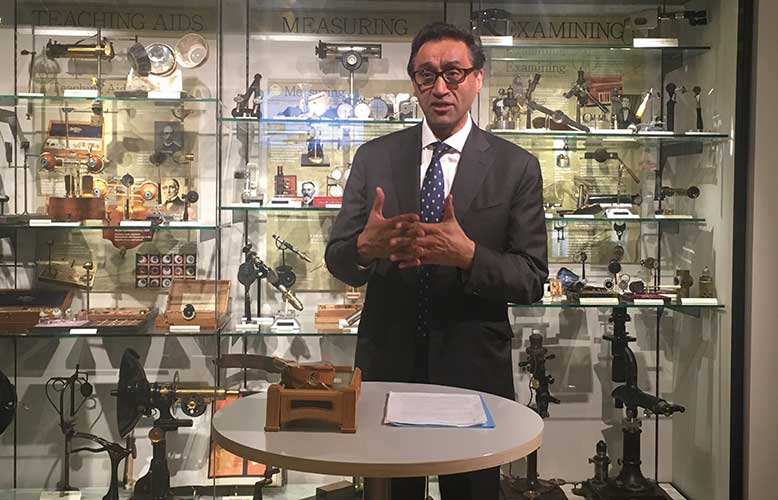 The report investigated the impact of eye health on wider health and wellbeing, and found that people living with sight loss have higher rates of depression, anxiety and social isolation.

The health committee also revealed that the risk of injury from falls is nearly 1.7 times higher in people with sight loss compared to those with good eye health. The risk of hip fractures is between 1.3 and 1.9 times higher.

Poor eye health is also related to inequality, according to the report. The health committee revealed that socio-economic deprivation is associated with increased risk of poor eye health because of a lack of access to services.

Dr Sahota said that London’s health services are fragmented and plagued with a number of worrying inequalities.

“We know that people from black, Asian and minority ethnic groups, homeless people and people with learning disabilities are disproportionately affected by poor eye health. High quality care needs to be accessible to these groups,” he shared.

The report revealed that people of African-Caribbean descent are eight times more likely to develop glaucoma than the general population, and people of Asian descent are more at risk of cataracts.

Public awareness is also poor, with over a quarter of UK adults not having an eye test in the last two years, and 8% have never had an eye test.

The London Assembly said that the Mayor should support a London-wide drive to increase the uptake of eye tests, and promote vision screening for four and five-year-olds.

Capacity issues are harming Londoners’ sight as well, with an RNIB survey finding that 80% of eye clinic staff reported that their eye department has insufficient capacity to meet current demand. The health committee added that delays in follow up appointments can lead to further deterioration of sight.

The demand for eye health care is placing avoidable pressure on GPs and hospitals, according to the report. Support for the use of eye clinic liaison services should be backed by the Mayor, the health committee said, as well as ensuring that there is an eye clinic liaison officer in every London hospital.

During the investigation, the London Assembly health committee received the views of the Royal College of Ophthalmologists, the College of Optometrists and service providers such as the Local Optical Committee Support Unit.

Director of policy and strategy at the College of Optometrists, Jo Mullin, said that the College is proud to have been involved in the development of the eye health report.

“We fully support the recommendations of the report and intend to follow up with London’s Mayor to ensure action is taken to improve the eye health of Londoners,” she said.

Richard Knight said on behalf of LOCSU and the Optical Confederation: “We welcome the report but it is vital that the findings are followed through and that primary care optical practices play a significant delivery role in eye health services.”