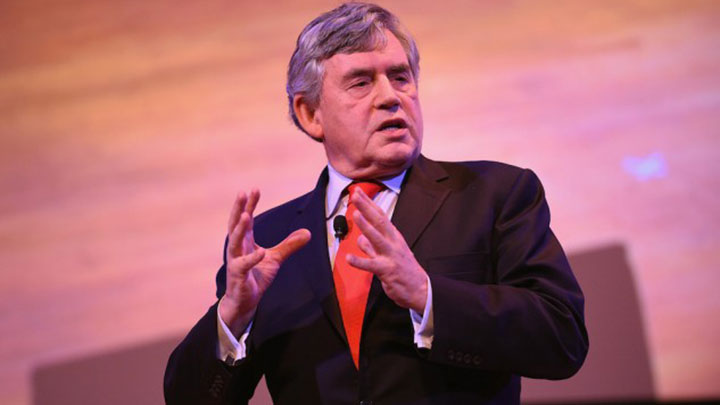 Gordon Brown has revealed how he struggled with his eyesight during his time as Prime Minister in an extract from his new book.

The former PM lost the sight in his left eye and has limited vision in his right after taking a boot to the head during a school rugby match.

In the extract, he describes how he lived with limited vision for three decades before fearing he would lose his sight altogether.

“When I woke up in Downing Street one Monday in September, I knew something was very wrong. My vision was foggy,” Mr Brown writes.

“That morning, I was to visit the City Academy in Hackney to speak about our education reform agenda. I kept the engagement, doing all I could to disguise the fact that I could see very little – discarding the prepared notes and speaking extemporaneously,” he explains.

Mr Brown was told by a Moorfields Eye Hospital consultant that the retina in his right eye was torn in two places.

An old friend of Mr Brown’s, who was also a surgeon, advised that there was no point in operating unless the sight deteriorated further.

Mr Brown said: “If my sight worsened, doctors would have to operate within the eye, as before – not with a laser. Both surgeons agreed that this was not the time to operate. I am grateful that the retina has held to this day and I feel lucky beyond words.”

In his memoir, Mr Brown added that the experience made him think about whether or not he should play sport, and drive a car, despite having a licence.