Eye cancer being missed in children 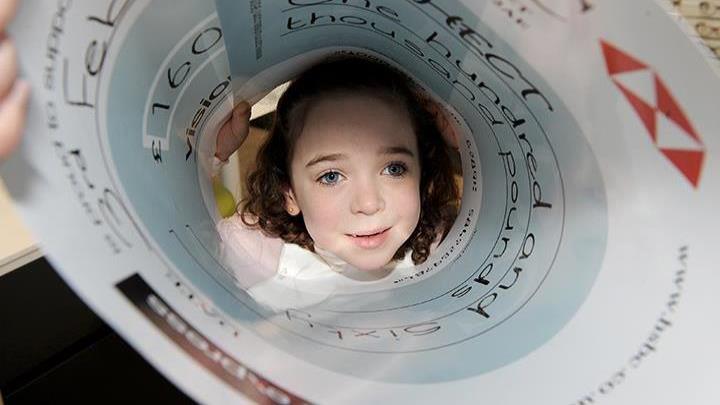 Statistics have revealed that less than half of children with eye cancer are referred urgently in line with what is recommended by the National Institute for Health and Care Excellence (NICE).

The figures are being highlighted by the Childhood Eye Cancer Trust (CHECT) as it launches a new awareness campaign for World Retinoblastoma Awareness Week (10–16 May).

Data collected by the charity over a three-year period was released on Sunday (10 May) and showed that only 44% of children diagnosed with rare eye cancer, retinoblastoma (Rb), between 2012 –2014 received an urgent referral when they presented to healthcare professionals.

During that period, 132 GPs, 21 opticians and 10 health visitors were consulted by families with a child who was later diagnosed with Rb.

It was reported that 100% of opticians who saw a child with Rb referred appropriately, however, problems are still occurring where some optical practices are still reluctant to accept small children for examination, according to the charity.

Unfortunately, less than a third (31%) of GPs who saw a child with Rb made an urgent referral and less than half of health visitors appropriately referred a child later diagnosed with Rb.

Rb mainly affects children up to five years old and early detection is crucial for saving the sight and eyes of the child. An estimated 50–60 children are diagnosed with the condition every year.

An intermittent white pupillary reflex, known as leukocoria, is the main symptom of Rb, affecting 65% of cases. A squint is the second most common symptom, present in almost one third of cases (29%).

Chief executive of CHECT, Joy Felgate, said: “We have known for years that most families suffer unacceptable delays in getting a diagnosis for childhood eye cancer. Since 2012 we have been gathering information from our discussions with families, to gain a clear picture of the problems parents face because many frontline health professionals are not recognising the signs of retinoblastoma.

“As Rb is rare, only a small number of children are diagnosed each year, but we now have information detailing the experiences of over 100 families, which gives us a much better idea of the challenges families are facing, and where the delays are occurring.”

Ms Felgate added: “When a child develops a life-threatening condition we feel the least they should expect is for their frontline health professional to recognise there is a problem and to ensure they receive access to life-saving treatment as soon as possible. This level of care shown in our figures is just not good enough when the life and sight of babies and children is at stake. It is crucial that health professionals recognise the main warning signs as a child with Rb may otherwise appear well.”

Created by advertising company Wunderman, CHECT’s new campaign parodies advertising by a number of popular smartphone manufacturers, and urges the pubic to not just use their phones for social media and gaming purposes. Instead it highlights how people can use their devices to “help detect and defeat Rb.”

Using real-life case studies, the campaign highlights the story of one mother who noticed that a picture on her phone showed that one of her child’s eyes showed a white rather than a red reflex. Taking action, the child was referred to a specialist, who removed the eye, and is now making a full recovery.