The GOC updated on its Love your lenses campaign, received a presentation on the OCCS’ annual report and approved new fitness to practise criteria at its July meeting 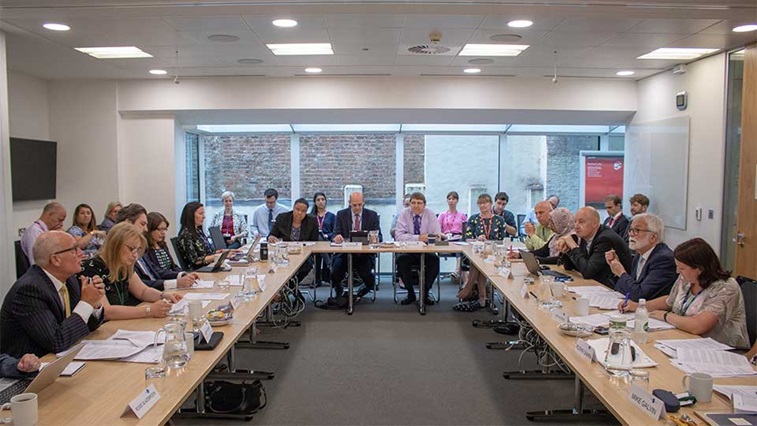 The General Optical Council (GOC) has approved new criteria that will enable fitness to practise cases to be handled with more efficiency and speed, as well as reduce the burden of stress for registrants involved.

Approved at a council meeting on 11 July, the criteria defines the circumstances where the GOC will accept a complaint as an allegation of a registrant’s impaired fitness to practise.

Cases that do not meet the criteria will be closed and may be directed to another organisation without referral to GOC case examiners.

At the meeting, the Optical Consumer Complaints Service (OCCS) also presented findings from its annual report.

Head of the OCCS, Jennie Jones, and OCCS clinical consultant, Richard Edwards, reported a decrease in customer service complaints and an increase in the complexity of the organisation’s caseload.

Ms Jones highlighted that the top three complaints were related to perceived errors with prescription, outcomes of laser eye surgery and dispensing.

An update was also given on the GOC’s Love your lenses campaign, which in 2018 reached two million people across print and radio, as well as 1.7 million on social media.

The council heard that although continued targeting of the business to business market had resulted in an increase of reach, targeting the consumer market proved to be more challenging.

Plans for the campaign in 2019, which aims to remind wearers to treat contact lenses with respect, were discussed, with a move towards investing in the website as a year-round resource and encouraging further participation from stakeholders.

Several members of the council raised concerns about whether the campaign fulfils a core role of the industry’s regulator and it was suggested that the wider profession should take the lead. However, some council members noted that the campaign was established because the GOC has a responsibility to promote eye health.

Chair of the GOC, Gareth Hadley, paid tribute to director of fitness to practise, Lisa Davis, who is leaving the GOC after four and a half years to take on a new role as CEO of her local Citizens Advice.

Mr Hadley said: “Lisa has made a great contribution in her time at the GOC and we will very much miss her. However, we’re very happy for her that she is moving on to a chief executive job.”

The GOC confirmed that it will launch a consultation on the future of continuing education and training on 17 July.