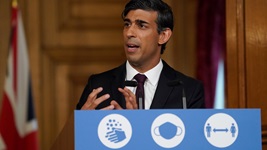 Coventry optometrist to be suspended

The General Optical Council (GOC) has sanctioned a Coventry optometrist with a nine-month suspension order after he was convicted of harassment and failed to declare a police caution.

The regulator’s fitness to practise committee chair, Rachel O’Connell, highlighted that the registrant, Mohamed Saleem Patel, had acted dishonestly in failing to declare the police caution.

“While his dishonesty was in relation to one matter, it had been repeated on a number of occasions,” she emphasised.

Mr Patel received a police caution for the offence of common assault in 2003. Mr Patel, who was 18 at the time, admitted pushing a customer at the takeaway where he worked. The incident happened after Mr Patel was racially abused and had a bag of chips thrown in his face.

He failed to declare the police caution on several occasions when applying for registration and retention on the GOC register.

The Coventry optometrist was also convicted of the harassment of a former partner following a relationship breakdown in 2014. It was alleged that Mr Patel made more than 200 calls to the victim between April and August, and visited her place of work.

Following his conviction for harassment, Mr Patel was made the subject of a restraining order and was sentenced to a community order.

Ms O’Connell stressed that Mr Patel’s conviction for harassment was a serious matter.

“However, the committee finds that there is a low risk of repetition, both in terms of the behaviour which led to the conviction and in terms of the misconduct which produced the dishonesty,” she outlined.

Mr Patel had insight into the behaviour that led to the conviction, Ms O’Connell added.

The fitness to practise committee found that a significant period of suspension would appropriately mark the seriousness of the misconduct.

The nine-month suspension order will take effect on 18 May if no appeal is lodged by this date.