Optical regulator increases registrant fees by £10, while strategy for illegal practice is delayed and a whistleblowing consultation is set to launch 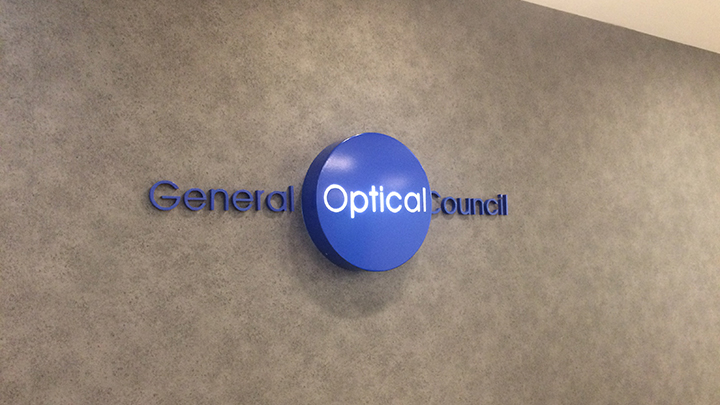 The General Optical Council (GOC) has set a £10 increase on registrant fees for 2016/17. The new tariff was agreed at a meeting of the council which took place at the optical regulator’s new London offices, at 10 Old Bailey, earlier this week (11 November).

The new rates, which will be payable from the start of the 2016/17 financial year, commencing 1 April, mark the third consecutive annual increase.

The fee for optometrist and dispensing optician registrants will be set at £320 for 2016/17, as will the fee for bodies corporate. However, it was confirmed that student fees will be frozen at £25 for 2016/17, while the low income fee, for those earning less than £12,000 a year, will be reduced by £100 – to £220 for the year. Full details of the fee structures are available on the GOC’s website.

Addressing concerns that the increase would cause issue with practitioners, chair of the GOC, Gareth Hadley, said that the increases were needed to maintain stability in the GOC’s budget and finances.

According to draft budget figures, the fees will generate a surplus of £187,000 over the period. The GOC will be required to pay an as yet undisclosed levy to the Professional Standards Agency (PSA) – which monitors nine health and social care regulators in the UK – and could amount to £90,000, or the equivalent of £3.50 per registrant. This figure is expected to be confirmed in the final budget in February 2016.

In addition to the fees, it was confirmed that actions relating to the long-awaited strategy for tackling illegal practice will be delayed. The strategy forms part of the regulator’s efforts to tackle activities in the sector which contravene the Opticians Act 1989, including the online sale of contact lenses which fail to comply with UK law.

The GOC had been due to approve a voluntary code of practice for online contact lens retailers which the regulator said will “make it easier for people to buy contact lenses online safely.”

However, Mr Hadley confirmed yesterday that a number of issues were raised by responses to the GOC’s consultation, which was launched in August. He added that there was “further work to be done in terms of analysis,” and that approval has been deferred until February.

The council agreed that it is a complex issue, and agreed to the amended timeline for delivery of the strategy.

The council also discussed the impending changes to the CET cycle, including removal of the grace period for optometrists who fail to meet the necessary CET points by 31 December. The GOC’s head of Education and standards, Marcus Dye, said that the completion rate stood at 73% of registrants. Me Dye added that the stringent restoration requirements for those who fail to meet the required number points this cycle serves to act as a “substantial disincentive” for missing the deadline. OT’s clinical editor, Dr Ian Beasley, outlined the full implications in an article last month.

The GOC also agreed to launch its consultation into whistleblowing, which aims to provide a policy for those within the optical sector to report concerns of wrongdoing, or substandard or dangerous practices. The policy would bring the optical sector in line with other health care providers in adopting recommendations from the Francis inquiry.

Wednesday’s meeting also marked the last for Rob Hogan, the longest serving council member at the GOC. Mr Hogan, who has been a council member for the past eight years, will finish his term at the end of the year. It was announced earlier this week that he will be replaced by the current president of the College of Optometrist, David Parkins, who is set to take up the post in March 2016.

While the council meeting was the first to be held at the GOC’s new London premises, the move has been hampered by technical issues with telephone and internet installations. Chief executive and registrar, Samantha Peters, confirmed that the regulator aims to complete the move to Old Bailey by the end of the month.