Speaking to children about screen time

Optometrist and OT ’s multimedia clinical editor, Ceri Smith–Jaynes, shares advice on how to discuss screen time in the testing room with young patients and their parents 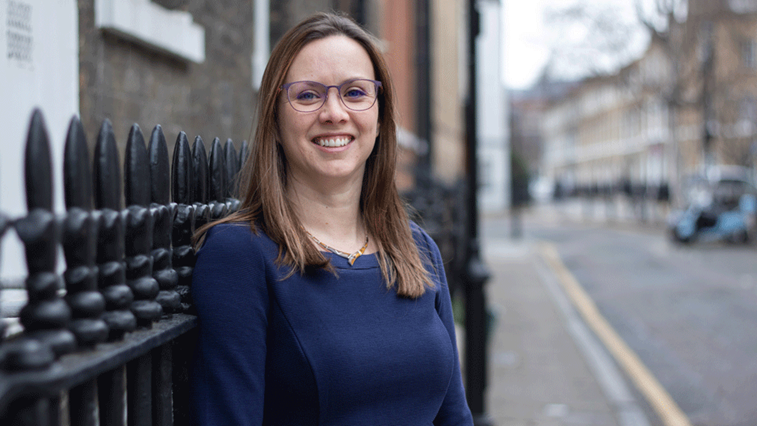 It’s important to speak to parents about screen time because it’s something that children are increasingly doing. While screen use was an occasional thing when I was growing up, nowadays children can spend most of their day in front of a screen.

Generally, school life and home life has changed, and you can’t stop children from using screens completely; it’s not realistic.

When I first qualified and performed a sight test, I used to hand people a piece of text on paper and ask them to read it, holding it at the distance that they would usually hold a book. Today there is no point using this example because reading in this format is such an occasional task. Over the years I have had to change and adapt my language, and I now tend to reference an iPad or a smartphone, for example.

Many children that I see in practice will have been prompted to have a sight test because they are experiencing blurred vision. More often than not, this is not a consequence of short-sightedness, but because of their level of screen use and its effect on their convergence and accommodation, and the effects screen time is having on their tear film.

Paired with increased screen use, the working distance that children use screens at has changed. As they are performing many tasks on a screen, because the text is small, they have to bring it closer so it’s big enough to see. Because of this, I do talk to patients about the importance and effect of this distance on their vision. I explain that it is this distance that can led to dry eyes and blurry vision as their eyes struggle to converge and accommodate at that distance.

School life and home life has changed, and you can’t stop children from using screens completely; it’s not realistic

In my experience, when speaking to patients about screen time, usually there is a battle between the parent and the child in terms of the level of screen use. The parents tend to bring their child into the testing room hoping that I, as the optometrist, will be on their side and advise the child to reduce the time that they are spending in front of a screen. Parents will quite often say, for example, ‘Can you tell them to stop using their screen as much,’ or ‘Can you tell them that they shouldn’t be on their Xbox all day.’

In these situations, I try to lay out the facts to both the parent and the child and in doing so encourage them to make an informed choice. I may also point out that, in life, you need a balance of everything.

I emphasise that it’s fine for children to be using screens, but if that’s all they are doing, then it could put them more at risk of eye strain and probably short-sightedness. I also explain to the child that they may be more likely to develop short-sightedness if they do not spend enough time outdoors.

During consultations when a parent expresses concern about the level of time that their child is spending on a screen, I tell them about the AOP-branded 20-20-20 rule. This rule encourages patients when using a screen to, every 20 minutes, look 20 meters away from the screen for 20 seconds. This 20 second break can be as simple as looking out of a window, or having a blink. In explaining this rule, I use the analogy of windscreen wipers – a lot of people don’t realise that their tear film is an optical surface and if you concentrate, you stop blinking. This not only occurs when people are using screens, but for all tasks that require concentration. I would encourage the child to use their ‘windscreen wipers’ at least every 20 minutes but also suggest that they try and build in a rule that makes them do it, such as blinking whenever an advert comes on or when they die in a computer game.

I try to lay out the facts to both the parent and the child and in doing so encourage them to make an informed choice. I may also point out that, in life, you need a balance of everything

In terms of raising the topic of screen time with young patients, during the eye test I will normally take some time generally asking them about their iPad and smartphone usage habits so I can gain a better picture of this. After collecting this information and building a rapport, practitioners shouldn’t be nervous about sharing their advice. Generally, I find that children tend to sit and listen to this advice well – they don’t argue with me.

When discussing screen time, just as I would during any other examination, I am always talking to the patient first and foremost, while involving their parents when appropriate. It is their examination, so I try to not to talk about them.

The main advice I give to children with high levels of screen use is to make sure that they balance their time and go outside, for example. Their posture is really important too and can be a contributor to symptoms they may be experiencing, so I will mention this.

Finally, before they leave the testing room, I may give patients the AOP leaflet on screen time as it a comprehensive document that will cover some things that I will have not had time to cover during the sight test.