“We are making great strides”

Optometrist and volunteer at Second Sight, Rajula Karania, tells OT  about the work of a charity that is working hard to eradicate blindness in Bihar, India 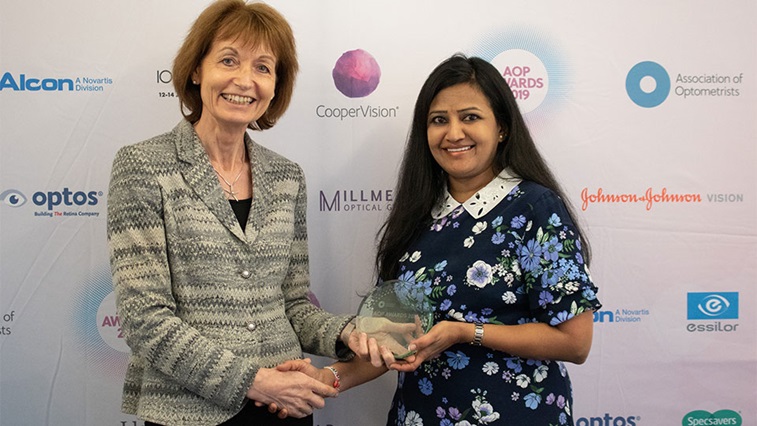 How does it feel for Second Sight to win the AOP Awards Charity of the Year accolade?

We are absolutely thrilled and delighted. We are a very small charity with a very low profile. Our aim is simply to work in Bihar in India to the best of our abilities to provide the people who live there with access to eye care.

The charity has no paid employees, nor expenses or administration fees. We are very proud to have won this award as it recognises our work and puts us on an equal footing to much larger charities.

What does winning this AOP award mean for Second Sight?

I am currently the only optometrist working with Second Sight and have been doing so for the last four to five years. I feel very proud to have helped and to be helping Second Sight to reach its goal of eradicating blindness in Bihar. Its ethos and dual aim is to treat the backlog of blind people in the state and train the local people to set up their own clinics so that come 2020, we can hand over to the local people.

When Second Sight was established and why?

Second Sight was established by British ophthalmologist Lucy Mason in 2000. Lucy was previously a journalist and during a work project in Afghanistan in 1998, she interviewed a medic and when she returned to the UK she decided to retrain as a medical doctor.

After qualifying, Lucy travelled to India in search of an area in most need of access to eye care where she could set up services and make a difference. During this search she came across Bihar and decided to establish Second Sight. 90% of blindness in India is avoidable and the people living in Bihar are the poorest of the poor.

What are the charity’s key achievements since it was established?

Over the last 18 years, Second Sight has restored sight to over 400,000 blind people, a number that is now increasing by 40,000 every year. This is a huge achievement for any one small charity.

While the charity began by providing eye care to those in need, since I joined as a volunteer, part of my role has been to help train optometrists locally to be able to provide eye care to the population. While Bihar has qualified optometrists, they are not trained to the same level as we are here in the UK and therefore require more training in refraction and retinoscopy. By training professionals locally it means that they can continue to provide eye care in the state on a long-term basis.

We are also making great strides in a project called FAME which is exploring the prevention of childhood blindness due to a lack of vitamin A. We are 18 months into this blindness prevention programme, which is working with a cohort of 300 malnourished children aged between one and five years to provide food, vitamin A supplements, measles vaccination and education.  We hope that by the end of the three years, we will be able publish our data and show that this childhood blindness can be avoided.

For more information on the AOP Awards 2020, visit the AOP website. Nominations are now open.