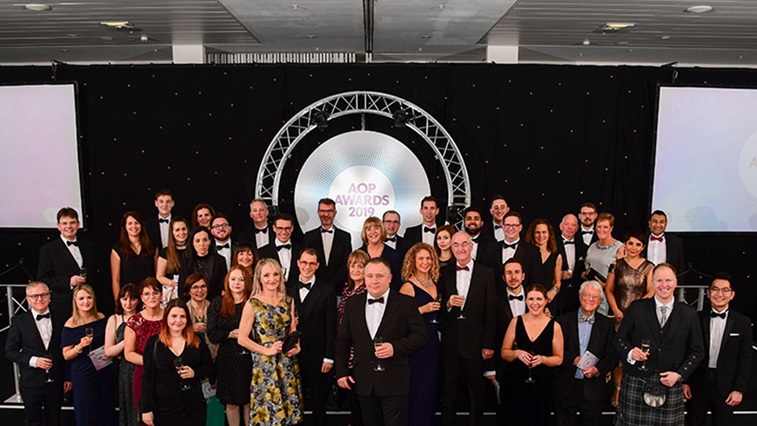 The winners of the 2019 AOP Awards were revealed last night (13 January) during a black-tie gala dinner and ceremony at London’s ExCeL.

The event, with is now in its eighth year, was hosted by comedian Jo Caulfield and headline sponsored by CooperVision.

With a career spanning more than 40 years in optics, Professor Dave Edgar was announced as the recipient of this year’s Lifetime Achievement Award.

Speaking about receiving the accolade, Professor Edgar told OT: “It is a fantastic honour, I was amazed to be chosen.”

On receiving the accolade, Mr Cottier said: “This award is the pinnacle of a 20-year career in optometry.”

Speaking about the Awards, chief executive of the AOP, Henrietta Alderman said: “Those working in the profession will know that there is an incredible amount of dedication and passion in every area of optics, so it is fantastic to be able to recognise that in the AOP Awards.”

“From established practitioners or educators, to those practices and individuals just starting out, it has been immensely enjoyable finding out about their achievements and stories. I hope the profession will join me in congratulating them and wishing them every success in the future,” she added.

Watch what some of Professor Edgar’s colleagues had to say about the academic.