OT  poses a monthly scenario from a practitioner. This month, we look at trade union cover 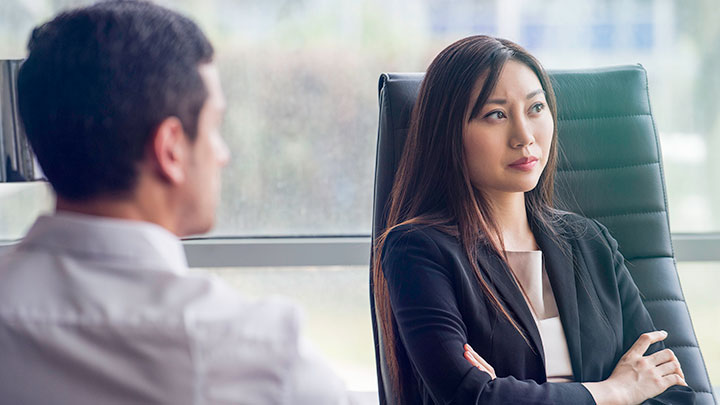 "I work as a full time optometrist in a small optical chain in the South West of England. I am concerned about my working conditions and rights as an employee. I think a trade union in optics with the ability to call for strike action would help. Has the AOP considered this? Would becoming a member of, or setting up a trade union, provide me with better protection?"

Occasionally, usually around the time the Government announces the new general ophthalmic services (GOS) fees, there are calls for united action against the things that are wrong in optics. This is hardly surprising when you consider that the GOS sight test would be about £2 more if it had kept pace with inflation since just 2006.

People call for concerted action and some say that there ought to be a trade union for optometrists. A few respondents to the AOP’s Health and Wellbeing Survey made the same call. “Support strike action where appropriate,” said one, while another said, “We need a union. Someone to fight for better working conditions and rights.”

What the AOP does already

One of the roles of a trade union is to provide advice, support and representation to individual members in relation to employment issues. The AOP already does this for its members.

The AOP’s in-house team helps both employer and employee members with employment law queries. We provide template employment contracts on our website (pre-reg, permanent and locum) and we can help people understand their contracts.

We can explain employment rights, including rights to family-friendly and flexible working, rest breaks, time off and sickness absence, whistle blowing and changes to contractual terms.

We can also support members at difficult times such as restructuring, redundancy and grievance or disciplinary procedures, sometimes including accompanying them to hearings and meetings.

The AOP has trade union status through a link with the British Medical Association (BMA), which means that we can provide individuals with representation.

"One of the roles of a trade union is to provide advice, support and representation to individual members in relation to employment issues. The AOP already does this for our members"

Trade unions can have an influence on collective matters like terms and conditions if they are recognised by employers.

We would argue that the AOP is already delivering to members the clear majority of what a trade union could achieve for them. However, there is much more that members would like to see, such as better remuneration, full funding of NHS sight tests, and freedom from commercial pressures. But without significant leverage and united action by the profession, the limitations of what can be achieved needs to be accepted.

Also, we have the complication that many of the AOP’s members are both employers and employees. The AOP has a tried and tested method for handling legal cases when two of its members are in dispute with each other. This is that the first person to contact the AOP will receive support from the in-house legal team. The second person will receive equally good support, but from an external team of lawyers paid for by the AOP. The two legal teams will work independently of each other in the interests of the member that they are representing.

This is how the AOP deals with the fact that it has both employers and employees in its membership in practical terms. But if we were a trade union, we might have some arguments over policy that could mean that we end up with lowest common denominator positions, or spend time arguing with each other when we should be out in the world arguing the case for optics as a whole.

It’s quite likely that this question will recur in the future, but, for now at least we are pretty sure that we serve our members best as a membership organisation which can provide trade union services.