Known for a number of technological investments and ‘firsts,’ Barnard Levit Optometrists and Tompkins Knight & Son have joined Hakim Group

Two independent optical practices in the UK, known for a number of technological ‘firsts,’ have joined the Hakim Group.

Barnard Levit Optometrists, based in London, and Tompkins Knight & Son, in Northampton, have joined the group. Luke Wren, head of business development at Hakim Group, welcomed the “world-renowned” practices, which he suggested “both have a reputation for clinical excellence.”

Led by Professor Simon Barnard and Dr Alex Levit, Barnard Levit Optometrists was the first practice in Europe to use optical coherence tomography (OCT) in 2005 and the first in the world to introduce the Intuitive Colorimeter in 1993. The practice was also among the first in the UK to use Optomap and electro-diagnostics.

In addition to working in practice, Barnard is an international lecturer and visiting professor of clinical optometry at Hadassah College in Jerusalem. Commenting on the business move, Barnard said the practice looked forward to the business and entrepreneurship support of the Hakim Group, adding: “We expect this to perfectly complement our ongoing desire to offer our patients the highest standards of clinical care.” 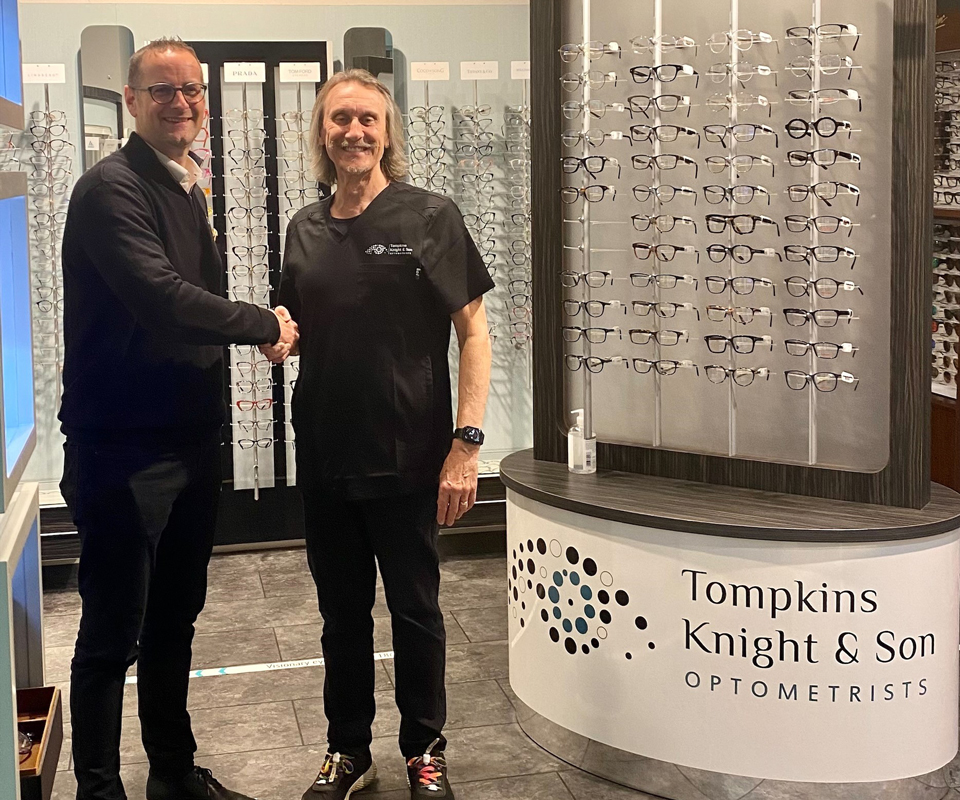 Reflecting on the decision to join the group, Levit added: “I expect that our partnership will facilitate further improvements in the quality and scope of services Barnard Levit provides to our patients.”

Northampton-based Tompkins Knight & Son was described by the Hakim Group as “renowned for being at the forefront of adopting the latest in eye care technology.”

The family-run business, which dates back to 1868, was the first practice in the world to have the Daytona Optomap, and is the only practice in the UK licensed for Eyeprint Prosthetics.

The practice is led by optometrist, international speaker and former president of the British Contact Lens Association, Brian Tompkins. He will continue in the business as a partner alongside professional services manager, Andrew Oliver, and optometrist, Dr Keyur Patel, recently awarded UK Dry Eye Practitioner of the Year at the BCLA awards.

Tompkins shared: “As a business we have always looked to evolve; we don’t believe in standing still. Becoming part of Hakim Group is a natural next step for us as a business and gives us an exciting opportunity to move forwards once again.” He suggested that joining the Hakim Group “feels like the perfect match, benefitting both the practice and our patients for years to come.”

Welcoming the practices, Wren commented: “These practices have been serving their local communities, as well as patients internationally, for many decades. Their passion for the profession and the clinical expertise that Brian, Simon, Alex and their teams bring to Hakim Group will be invaluable.”