An Optos survey found that patients value trustworthy expertise and advanced technology, but also identified gaps in knowledge around the tests carried out in an examination

A recent survey by Optos has highlighted how patients view the importance of their eye health, and the elements they value the most in an eye examination, with practitioner expertise and advanced technology among the top factors.

The survey of more than 2500 people, commissioned to gain an insight into how UK adults view the health of their eyes and expectations of eye examinations, found that over three quarters of respondents (78%) felt their eye health was “very important” to them.

Despite this, a quarter of those surveyed had not been for an eye examination in more than three years. One fifth of people had had an eye exam in the past 12 months, but Optos shared that 6% of respondents, or “a potential 3.2 million people,” had never been.

Considering what patients want from their appointments, 58% of respondents highlighted receiving the most advanced imaging technology as the most valuable aspect of eye examinations. Almost half (46%) reported wanting trustworthy expertise, while 30% wanted options for low-cost glasses or contact lenses at their appointments. 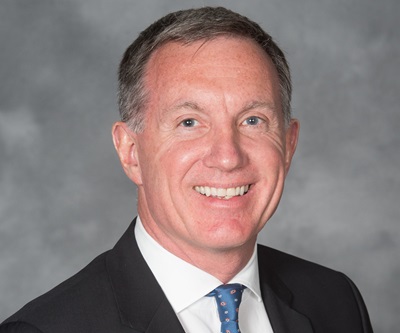 Gareth Steer, VP of European sales for Optos
Optos suggested the research revealed gaps in consumer knowledge of the tests carried out during eye examinations. When asked how much of the retina an optometrist can see, on average, respondents thought their practitioner could see more than two thirds of the retina. This increased to an average of three quarters among glasses wearers.

When asked which eye diseases could be detected in an eye examination, half of the respondents knew that diabetes can be detected, but almost a quarter (23%) did not believe any diseases can be spotted.

Optos shared that, once its optomap technology was discussed with survey participants, two thirds confirmed they would be willing to pay more for an in-depth examination. The main reasons given for this were that respondents considered their eye health important (61%), they wanted reassurance that potential issues would be found early (59%), and wanted the best retinal exam available (51%).

Gareth Steer, VP of European sales for Optos, said the results of the research revealed that the majority of people take their eye health seriously and are willing to pay more for an eye examination that uses advanced technology. He noted, however, that work is needed to help patients understand the benefits of technology such as advanced retinal imaging: “It’s critical we work together as an industry, especially as we support practices in getting back on their feet after such a challenging year, to continue to provide this education.”

The survey found that optometrists were considered by respondents to be the key authority for following advice on eye health, with two thirds (66%) of respondents reporting that they “always follow” the advice of their optometrist, above GPs (52%), nurses (38%), and pharmacists (32%).

Steer added that respondents “truly value the advice they receive from eye care professionals, which is positive to see.”