The Winter Economy Plan includes a new ‘Job Support Scheme’ for employees returning on reduced hours, and an extension to loan scheme repayments 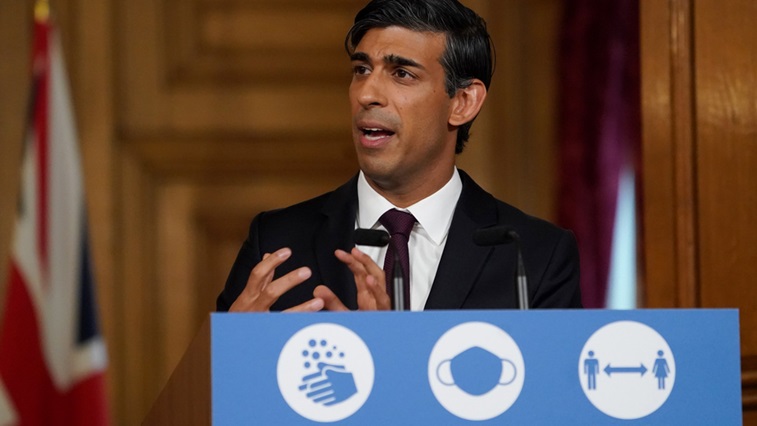 The new ‘Winter Economy Plan’ comes as the Government’s furlough scheme winds down, and follows announcements made by the Prime Minister earlier this week, extending social distancing restrictions for a further six months in an aim to reduce the spread of the virus over the winter.

Announcing the new measures in the House of Commons, the Chancellor pointed to greater public awareness of the virus, increased NHS funding and “millions of people” moved from furlough back into work as “reasons to be cautiously optimistic.”

However, he warned: “The resurgence of the virus, and the measures we need to take in response, pose a threat to our fragile economic recovery.”

While the primary goal of the Government’s economic policy remains “unchanged” from the Spring and focused on supporting people’s jobs, Mr Sunak said, “The way we achieve that must evolve.”

“Now it is clear that for at least the next six months, the virus and restrictions will be a fact of life,” Mr Sunak said, adding that as people and businesses adapt to the new normal, support measures must also evolve.

Included in the package of measures, the Government announced plans to launch a new Job Support Scheme, which will aim to protect “viable jobs” in businesses facing lower demand over the winter months, as a result of COVID-19.

Launching 1 November, the new initiative will follow on from the furlough scheme, which draws to a close at the end of October.

The scheme will support employees who are working reduced hours and will be open to businesses across the UK, even if they have not previously used the furlough scheme.

Employees must be working at least a 33% of their usual hours and employers will continue to pay the wages of staff for the hours they work. For the hours not worked, the Government and employer will each pay one third of their equivalent salary, meaning employees would still be paid two thirds of the hours they can’t work.

The level of grant will be calculated based on an employee’s usual salary, and will be capped at £697.92 per month.

While open to all small and medium businesses, the scheme will only be accessible for larger businesses where they have experienced a drop in turnover. The scheme is also designed to run alongside the Jobs Retention Bonus, and businesses can benefit from both schemes.

Support for the self-employed

The Chancellor also announced an extension of the Self Employment Income Support Scheme Grant (SEISS).

The Government confirmed that an initial taxable grant will be provided for self-employed individuals who are eligible for SEISS and continuing to actively trade, but face reduced demand due to the pandemic. The lump sum will cover three months’ worth of profits for the period from November to the end of January next year – worth 20% of average monthly profits, up to a total of £1875.

An additional second grant will then be available for self-employed individuals for the period from February 2021 to the end of April. Though this may be adjusted to changing circumstances, the Government highlighted.

The Chancellor confirmed he would be extending the deadlines to apply for the Government’s coronavirus loan schemes until the end of November.

Mr Sunak noted that a second key issue to address for businesses is supporting cashflow, acknowledging that “businesses need every extra pound” to support employment.

For businesses that have benefited from a Bounce Back Loan, the Government has now introduced a new ‘Pay as You Grow’ repayment scheme, designed to offer flexible repayment plans.

This will include extending the length of the loan from six to 10 years, which the Chancellor of the Exchequer suggested will cut monthly repayments by nearly half. Businesses that are struggling will be able to choose to make interest-only payments, or can apply to suspend repayments for up to six months.

Beneficiaries of the Coronavirus Business Interruption Loan Scheme will similarly have the ability to extend the length of loans up to a maximum of 10 years (from six previously).

As part of the package of measures, the Government is introducing a New Payment Scheme to offer businesses the option to pay back their deferred VAT bills in smaller instalments. Instead of paying a lump sum at the end of March 2021, businesses will instead be able to make 11 smaller interest-free payments through the 2021-22 financial year.

Meanwhile, self-assessment taxpayers will be able to access a separate additional 12-month extension from HMRC on the ‘Time to Pay’ self-service facility. This will mean payments deferred from July 2020, and due in January 2021, will not need to be paid until January 2022.

The new measures announced by the Chancellor have been broadly supported, particularly by groups who have been calling for an extension to the loan schemes and those who have warned of the dangers of the impending end to the furlough scheme. However, many organisations suggested more action is needed.

Responding to the announcement, the British Chamber of Commerce director general, Adam Marshall called the new measures “an important shot in the arm” for business and the economy heading into a “challenging and uncertain winter.”

Welcoming the Job Support Scheme and extensions to lending initiatives, Mr Marshall added: “The Chancellor must remain open to taking additional action to support parts of the economy facing unprecedented challenges over the months ahead.”

While recognising areas of the new support schemes that will provide support for small and medium businesses, the Institute for Fiscal Studies raised some “serious challenges” amongst the measures. These include concerns that some jobs, which may be viable in the long-term, might not be viable in the short-term even on reduced hours, as a result of restrictions on certain sectors or social distancing requirements.

Paul Johnson, director of IFS, said: "The new job support scheme represents a significant new intervention from government to support jobs through the crisis. But it is significantly less generous than the furlough scheme it replaces, though remarkably the Chancellor provided no indication of the likely cost of the scheme."

Acknowledging the “difficult path” the Chancellor is plotting between supporting viable jobs while not restricting people in jobs that will not be there once the country emerges from the crisis, Mr Johnson cautioned: “With employers now having to pay at least 55% of the normal wages of their employees it is clear that many jobs will be lost over the coming months."

The Federation of Small Businesses also welcomed many of the measures outlined by the Chancellor, calling it “encouraging” that businesses would be able to access the new job support scheme without facing “excessive paperwork” and with a guarantee of support for the next six months.

Meanwhile, the ‘Pay as You Grow’ initiative is set to provide “relief for hundreds of thousands of firms,” said national chairman of the group, Mike Cherry, “giving them the confidence to invest and hire today rather than tomorrow.”

The organisation also welcomed the extension of the self-employed income support scheme, but added that the scheme should be extended to those who had been missed in the first round of support measures.

“We are concerned that the Chancellor had nothing to say today on support for those who were left out of the first round of support measures, not least the newly self-employed and company directors,” Mr Cherry said, adding that an emergency relief package is “urgently needed” for these groups.

Similarly, the Association of Independent Professionals and the Self-Employed (IPSE) said it is “right” that the self-employed support schemes have been extended, but called the support “woefully inadequate.”

Andy Chamberlain, director of policy for IPSE commented: “Limited company freelancers and the newly self-employed almost entirely missed out on support in the last lockdown and have faced bleak months of financial devastation. Now they face a dark winter ahead unless the government does more for them.”

What are your views on the Government’s new measures? To get in touch with OT and share your views, send an email to: [email protected]