The research, conducted by Vision Express, found that while COVID-19 has created delays, nearly a quarter of the population have not rebooked appointments 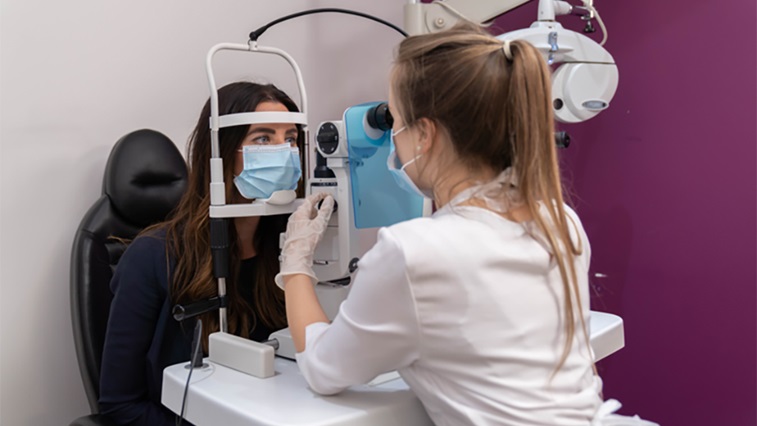 Vision Express has shared a reminder to patients of the importance of regular eye tests, as a new study by the High Street optical group has revealed that 65% of the population is overdue for their routine eye tests.

The group acknowledged that COVID-19 has been a significant reason that people have not been able to attend their bi-annual appointment. With practices now open for routine appointments, however, it suggested that nearly a quarter of the population still haven’t rebooked.

The survey of more than 2000 adults in the UK found that more than half said they had serious concerns around visiting an optometrist during the current pandemic.

More than half of parents surveyed acknowledged they had “not ensured” their children made their regular annual appointment, with over a third agreeing they had previously delayed an appointment for reasons such as play dates, school activities or because they felt their children’s sight was okay.

Dan McGhee, professional services director at Vision Express, said: “We are encouraging everyone to love their eyes as much as we do and to make eye health a top priority.”

Commenting on the release of the research, David Cartwright, optometrist and chairman of Eye Health UK, the charity behind National Eye Health Week, explained: “Delays in people seeking treatment during lockdown and reduced capacity in optical practice has put people at increased risk of sight loss, so we’re urging anyone who notices a change in their vision or has concerns about their or their family’s eye health to contact their local optician.

“Even vision that is only slightly reduced can have a tangible influence on quality of life so it’s important that people seek help sooner rather than later, especially as much sight loss can be avoided if detected early.”

The survey also found that almost half of those polled are not budgeting anything for their regular sight tests. Survey results suggested adults spent more on average on products such as clothing and haircare than their eye health.

Mr McGhee said: “The research shows we as a nation worryingly invest more in our personal grooming and Netflix subscriptions than our eye health, which if neglected can have irreversible and devastating effects.”

The organisations have emphasised the importance of regular sight tests for assessing eye health and securing an early diagnosis of eye conditions such as macular disease or glaucoma – which could lead to a better prognosis.

With Macular disease the number one cause of sight loss in the UK, Vision Express explained it has committed to donate £3 from every sight test throughout September to the Macular Society to help fund research. The charity has seen a fall in donations during the pandemic, but has reported an increase in patient calls.