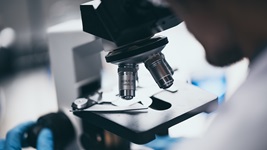 Boots Opticians has confirmed that it has identified 48 practices that are proposed to close as part of restructuring plans across the company.

Boots UK confirmed that a list of Boots Opticians practices shared online are those that have been proposed to be affected by the closures.

The company announced the restructuring plans earlier this month in order to mitigate the impact of COVID-19 on the business, which had seen a “severe” impact on retail sales, decreasing 72% for Boots Opticians in the third quarter (compared to last year). Plans included cutting 4000 jobs and closing 48 Boots Opticians practices.

Boots UK has now confirmed that it has identified the stores that are proposed to close and has entered a consultation period.

The proposed store closures represent 8% of Boots’ optician estate and are spread across the country, with a large number across London.

In a statement shared with OT, a Boots UK spokesperson said: “We can confirm that we have identified the opticians stores that are proposed to close and have entered a consultation period.”

“We recognise this is a difficult time for any colleagues that are impacted and are doing everything we can to support them throughout this process,” the spokesperson continued.

The closures would see patients transferred to other local Boots Opticians practices, with the spokesperson commenting, “Over the next few weeks, we will be speaking to all of our customers individually if their store is affected about how we will support their transition to another Boots Opticians nearby.”

The company has said it is also looking to avoid as many redundancies as possible and support affected colleagues.

Boots confirmed that the list of practices shared online are those that are those proposed to be affected by the closures. These include:

The AOP’s head of employment, Liz Stephenson, shared guidance for members including rights on redundancy and how the AOP’s employment team can provide support

Notice and time off to look for work

Steps to take for further support