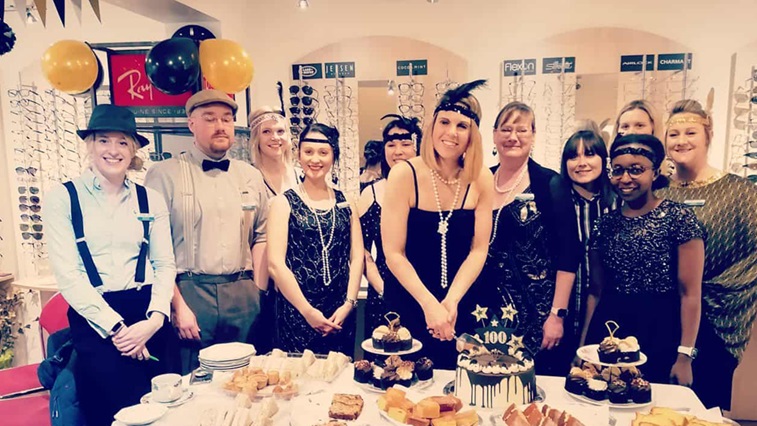 A King’s Lynn-based independent has transformed its practice back to the ‘roaring twenties’ to mark its 100th anniversary.

Wigram and Ware Opticians, which is part of the Hakim Group, celebrated the milestone with a 1920s inspired tea party with fancy dress.

The practice was founded by the Wigram family in 1920, with the founder’s nephew, Francis Wigram running the practice as chief executive and chairman from the 1950s until 1989 when it was sold to Peter Hutchinson and Kevin Smith.

Today the practices are owned by optometrists Sarah Baldock and Linda Vernon-Wood.

Speaking about the anniversary, Ms Baldock said: “Being part of this practice as it reaches its 100th anniversary is very special. I’ve personally been a part of the business for the past 20 years, so I’ve almost grown up with our patients who continue to come back to us year after year.”

Ms Vernon-Wood reflected: “The practice continues to go from strength to strength every year, so here’s to the next great landmark anniversary.”