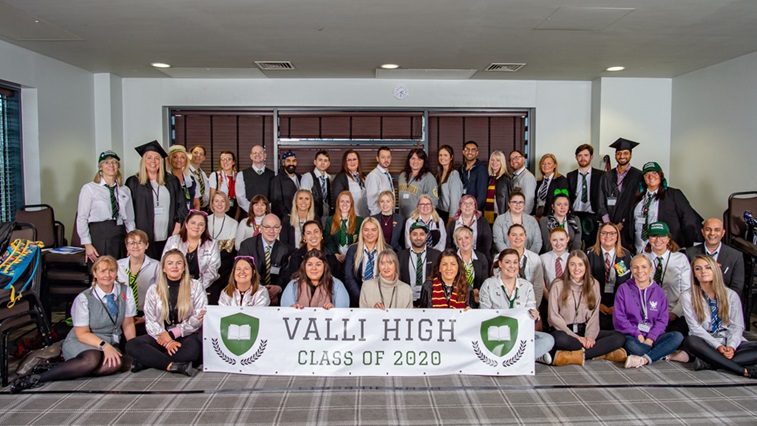 A Huddersfield-based optical group has marked its 15th anniversary with a conference and awards ceremony with its 80-plus employees.

Valli Opticians, which has 14 independent practice in the North, welcomed staff to a high school-themed celebratory event to mark the milestone, held at the Village Hotel in Tingley, Leeds last month (25 January).

During an evening awards ceremony, accolades were given in recognition of the work of practice teams and individual staff over the last 12 months.

Valli Opticians in Honley won an accolade for Practice Growth, while A J Spurrett Opticians in Blackburn received an Outstanding Team Award and Aarons and Lyne Opticians in Stockport took home the Pride in Practice accolade.

Individuals recognised on the night included optical assistant Rachel Kinghorn and James Houlihan, who won Outstanding Attitude and Employee of the Year respectively.

Dispensing optician and practice manager of L Mitchell Opticians in Hyde received the Kamal Aftab Excellence Award. The accolade was dedicated to the memory of optometrist Kamal Aftab who worked at Valli Opticians before passing away from leukaemia aged 33.

Speaking about the anniversary, group owner and optometrist, Moin Valli told OT: “It’s hard to believe that Rachel and I have been running the business for 15 years. It doesn’t seem so long ago that, just weeks after our wedding, we signed to buy our first three practices in Huddersfield. Fast forward 15 years and the Valli Opticians family has grown alongside our own – we now have 14 practices and three children.”

He added: “We’re really grateful to all our staff. We’ve got a great team and the company wouldn’t be what it is today without them. We’re very much looking forward to what the next 15 years may bring.”