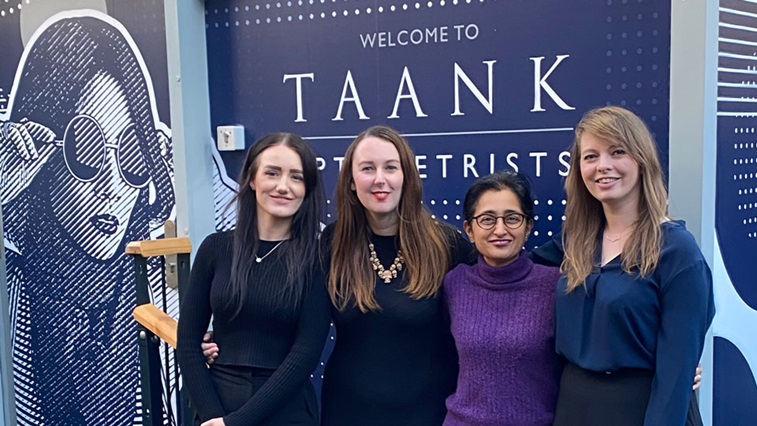 Taank Optometrists has officially opened a temporary pop-up practice that it will operate from while repairs are carried out on its original practice following a fire in a neighbouring shop last summer.

Based in Cambridge, the business was forced to close its practice in July 2019 after a fire broke out in an electrical store and spread through to the adjoining shop roofs on the street.

OT speaks to optometrist and owner of Taank Optometrists, Anjana Taank, about the developments.

Can you explain what happened in July last year?

A fire started late in the evening on 15 July 2019 in a neighbouring hardware and electrical shop. Alerted by nearby tenants, firefighters were on the scene very quickly. However, due to a large number of flammable materials in the shop, the fire escalated rapidly, spreading to the upper floors and roof space. The firefighters had to flood our building from the top down for more than 12 hours to prevent the fire from spreading, which was effective, but left us with severe water damage on all floors.

It was quite literally raining inside the practice… It was clear the damage was extensive and that we were going to need to rebuild, which would take time

What damage was experienced?

The roof was very badly damaged. Large parts of it had collapsed and debris had fallen inside. There was very little fire damage, but the practice was completely flooded – the consulting room equipment was soaking wet and had been damaged by fallen ceiling tiles. It was quite literally raining inside the practice. Water draining through the ceilings meant there was structural damage on all levels. It was clear the damage was extensive and that we were going to need to rebuild, which would take time.

When you realised that you wouldn’t be able to reopen for some time, what was your reaction?

Naturally, I was devastated. It was such a shock for the whole team. Structural uncertainty meant we weren’t allowed to enter the building at first, so we couldn’t see the extent of the damage immediately. Our first job was to think about how to manage the situation and figure out what to do next. Luckily, we’re a strong team and we quickly set about making plans about how to rebuild and remedy the circumstances so we could serve existing clients.

We set up a phone line and were given a temporary home in our local church so that we could access Wi-Fi and email clients. We did what we could under the circumstances to help them.

When and how did you start testing again?

Testing was impossible so we relocated to a new office to start thinking about how to set ourselves up again. Our doors were closed for a total of four and a half months. However, we used that time to source suppliers and dream up plans for our new pop-up. Since all of our equipment was damaged, we essentially started from scratch.

I think people are just glad to see us back and being part of the community again, it’s good to know we were missed

How did the pop-up come about?

When it became clear that a rebuild was going to take time, we knew we needed a temporary home, and fast. It needed to be something we could pull together quickly, that would be flexible and comfortable enough should we need to stay longer than expected and be somewhere easily accessible for our clients – preferably within the vicinity of the main practice. It was my husband who suggested a pop-up. They’re hugely popular with all sorts of businesses, even in the retail sector. We figured that since an opticians is a nice mix of retail and clinical, it would work well.

What was involved in setting it up?

We had space to the rear of the building so we invited a few pop-up container companies to take a look and see if it was possible. After a little bit of research into how other businesses had used pop-ups, we started pulling ideas together as a team. We hired an interior designer to create a warm, welcoming décor – that was very important.

Together we’ve made it a fun, appealing workplace that delivers an extraordinary level of service and puts clients at ease. With air conditioning and all of the mod cons, it’s very comfortable. Since our NHS inspection, we’ve been conducting tests for a few weeks now.

What has the pop-up meant for business?

Clients universally love our new pop-up. It’s been a real talking point in the area and we’ve received lovely positive comments. I think people are just glad to see us back and being part of the community again, it’s good to know we were missed.

We’ve only been testing for a few weeks and are catching up with our backlog of patients who’ve been waiting to see us. It feels great to have some normality and get back to doing what we love. Throughout we’ve had amazing support from our community. We were also delighted to win the Rodenstock Eyewear Practice of the Year award in December 2019, which was a real boost for the team and a great way to end the year.

We have received immense peer support from Conor Heaney and the Optical Success Academy group who have provided a wealth of knowledge and expertise – a very big thank you to them. 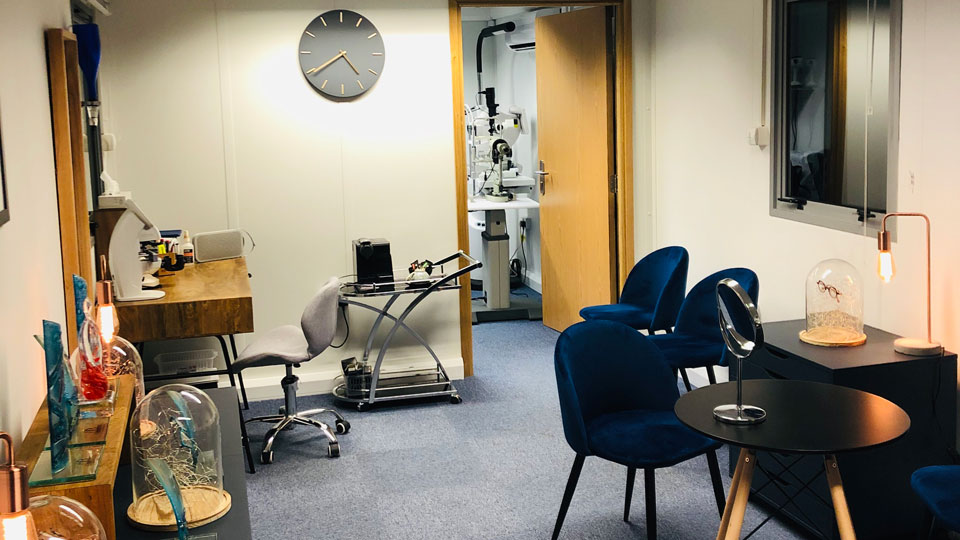 Where are you in the refurbishment of the practice?

We’re currently in the design process, which is really exciting. It’s our opportunity to enhance the building and make a few changes to ensure the practice reopens better than ever.

When do you hope to reopen?

Hopefully we’ll open our doors again within the next nine months. We can’t wait, but we’re loving being in our pop-up in the meantime.