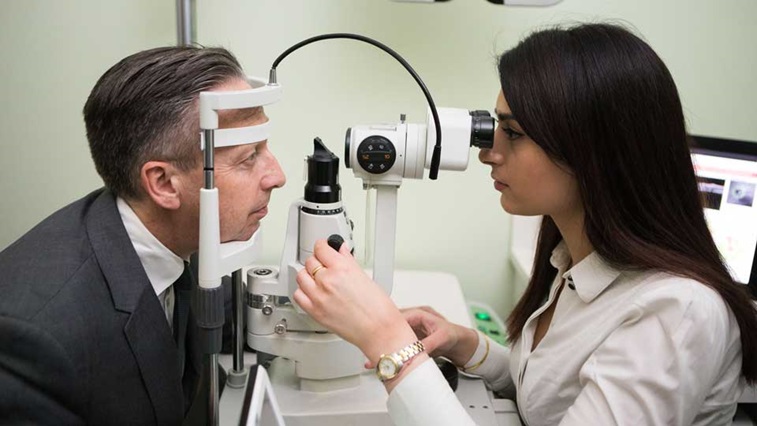 To mark Road Safety Week (18–24 November), Specsavers has partnered with road safety charity Brake and the CEO of the Road Haulage Association to raise awareness of the importance of regular sight tests among drivers.

The CEO of the Road Haulage Association, Richard Burnett, is backing the campaign having had an optical coherence tomography (OCT) scan that detected the first signs of suspected glaucoma, which was confirmed following a referral.

Talking about his diagnosis, Mr Burnett said: “My job requires me to drive daily and help to ensure that the UK’s haulage industry is compliant in all matters of road safety. Good vision is vital on our roads and it is important for me to lead by example. I hope our eye health story will prompt people to book their sight test, particularly if it’s been over two years since they last saw an optician.”

According the research published by Brake in 2014, 1.5 million people in the UK who hold a drivers licence have never had their sight tested.

As a co-sponsor of the annual awareness week, Specsavers is also encouraging employers to take steps to ensure that their employees who drive meet the required standards to do so safely.

The move comes after research conducted by the multiple reported that nearly half of employers surveyed were concerned about employees who drive during the course of their work who may not have adequate eyesight to do so safely.

The survey of more than 500 HR decision-makers found that 45% of employers had concerns about whether their workers’ eyesight was as good as it should be for driving.

The research also showed that 72% of the workplaces of respondents offered eye care to all those who drive for work purposes, while 17% said they offer it to some drivers and 11% did not offer eye care to anyone driving in the course of their work.

Director of strategic alliances at Specsavers Corporate Eyecare, Jim Lythgow, said: “If employers are offering eye care to the majority of drivers but are still concerned that their eyesight is not good enough, then clearly something is missing.

“It is not enough to just offer corporate eye care. It needs to be proactively communicated and promoted too. If employees were more aware of the risks they run by not having regular eye tests, such as potentially losing their driving license, they may be more likely to take up the benefit.”

With the theme of this year’s Road Safety Week being Step up for safe streets, Specsavers has donated 120,000 high-visibility vests to community youth groups across the UK, including pre-schools, Brownies and Scouts.

The multiple has donated more than one million vests since establishing the initiative in 2012.