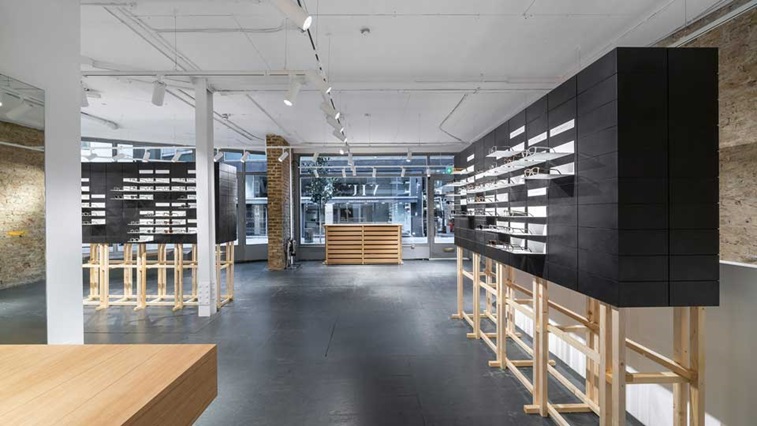 VIU has opened a pop-up store in London’s Marylebone area that focuses on minimal waste and maximum transparency.

The pop-up will function as a creative and collaborative space with VIU hosting regular events, workshops and discussions.

The Swiss eyewear brand, which opened its first UK practice in Soho in August, has focused on preserving the original features of the Victorian building instead of remodelling the store.

It has a large glass shop front that VIU’s design team explained conveys complete transparency to the outside world, which is continued on the inside with the materials used to create its features.

Stacked boxes for displaying frames have been made from black compressed paper board that have been manufactured in Germany from fully recycled materials.

The boxes are held up by a construction made from timber, which VIU highlighted is a material that yields minimal waste.