Jumping for the RNIB 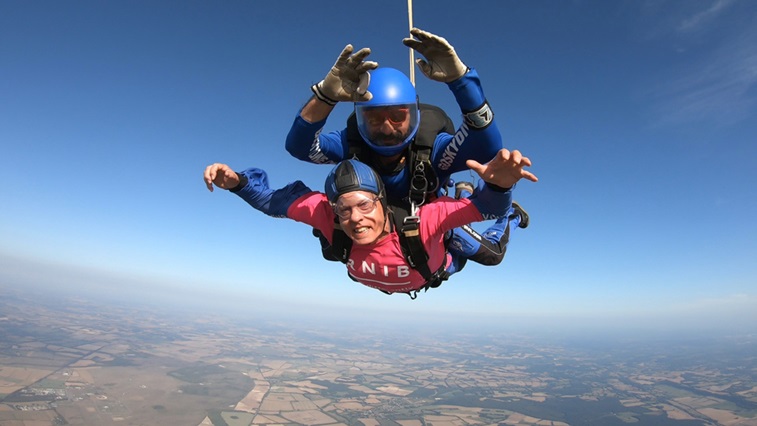 A lab manager for Specsavers has jumped out of an airplane completing a tandem skydive to raise funds for the Royal National Institute of Blind People (RNIB).

Taking part in The Big Jump, Chris Cornell, from Specsavers in Winchester, raised over £800 for the charity.

He signed up, facing his fear of heights, due to a family connection to the challenge. His great uncle, Sidney Cornell, was in the seventh Battalion Parachute Regiment based in Bulford Camp from 1943 to 1945 before being killed in action.

Mr Cornell, who has worked in optics for 30 years, completed the charity jump at Old Saran Airfield near Salisbury.

Speaking about the skydive, he said: “The jump was a great success, and we were blessed with perfect weather for parachute jumping on the day. It was a fantastic experience. As you might expect, the worst bit was sitting on the edge just before we fell, but after that it was awesome.”