The independent practice remained open during seven months of construction 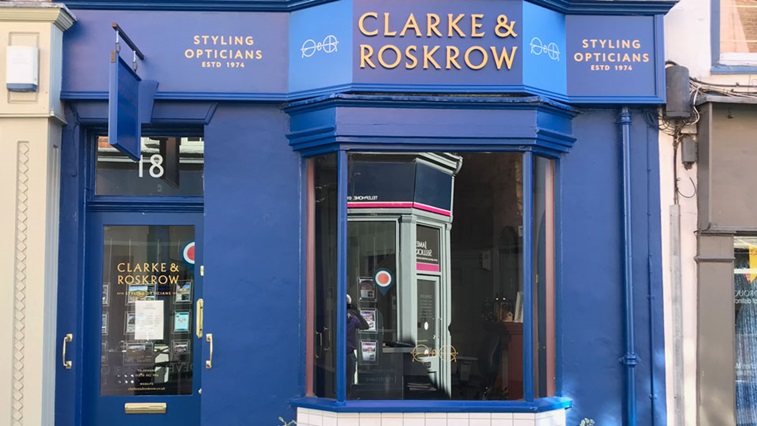 Market Harborough-based independent Clarke & Roskrow Styling Opticians has been recognised by the Federation of Master Builders for its practice refurbishment.

The regional accolade was won by director of construction at Rockingham Construction, James Barby, who worked with practice owners Anthony and Karen Clarke to renovate the three-storey building.

Mr and Ms Clarke bought the building and practice in 2014, which has been an opticians since 1974, and set out to refurbish it within the first five years.

The renovation took 18 months to design and plan, and then seven months to complete, Mr Clarke explained.

Mr Clarke said: “We hadn’t quite appreciated just how much work was going to be involved. But the hard work and disruption has been worthwhile as we now have a beautiful building to work in and a fabulous environment for our clients.”

The practice remained open throughout the renovation works with an extended closure during Christmas 2017 to remove and fit a new staircase.

“That was the most nerve-wracking part of the project as the guys had to remove a load-bearing wall and a staircase in just three days over the Christmas period. Watching them demolish the wall and remove the old staircase out through the front door is something I won’t ever forget,” Mr Clarke shared.

Following the award, Rockingham Construction and Clarke & Roskrow Styling Opticians will go to the national Federation of Master Builders Awards, which will be held in London in September.