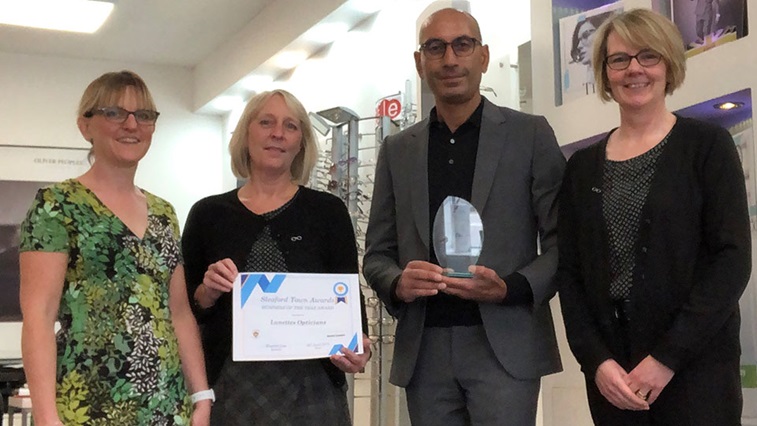 Sleaford-based independent, Lunettes Opticians, has been named Business of the Year at the Sleaford Town Awards 2019, which took place last month.

The opticians, which was established by optometrist and AOP board member Tushar Majithia in Sleaford in 1992, now has further practices in Grantham and Ruskington.

Welcoming the award, Mr Majithia told OT that winning the accolade took him and the practice team by surprise. “We were not aware that we were up for the award until we received a letter informing us that we had won,” he said.

He explained that the practice had been nominated for the award by its patients, “which means a great deal to us.”

The awards are hosted annually by Sleaford Town Council and local newspaper the Sleaford Standard. They aim to recognise businesses, groups and individuals for their achievements locally over the last 12 months.

Speaking about the accolade, Mr Majithia said: “To be recognised for the work that we do and the service that the team provides to the local community is a great feeling, and the fact we were nominated by our patients makes it particularly special. Their appreciation means a lot.”

A ceremony where award winners were presented with a trophy and certificate was held at Sleaford Town Council offices on 25 April.