Group perform charity skydive to raise funds for the RNIB

Staff at eight Specsavers practices and offices have joined together to take part in a skydive to raise funds for the Royal National Institute of Blind People (RNIB).

The group aims to raise more than £15,000 for the charity, which is celebrating its 150th anniversary this year. They made the jump to mark the start of National Eye Health Week (NEHW) last month. 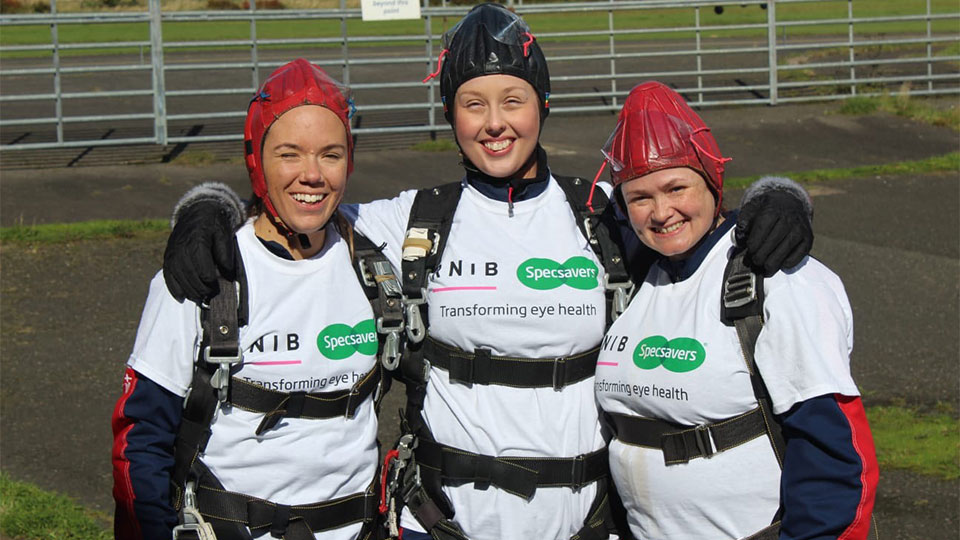 During the annual awareness week, the multiple and the RNIB worked together to help raise public awareness about the importance of a regular sight test. Initiatives included a joint venture with the interactive eye pod which made stops on UK High Streets and encouraged the public to experience what their sight would be like if they had eye conditions such as glaucoma and cataracts.

As one of the first to make the jump, 26-year-old Kimberly Logan, who is a trainee dispensing optician at Specsavers Alloa, said: “We couldn’t have asked for a better turnout, everything went so well and it even stayed dry. It was a lovely day thanks to Skydive St. Andrews, fellow fundraisers and Angela Preston from RNIB who helped to document the day.”