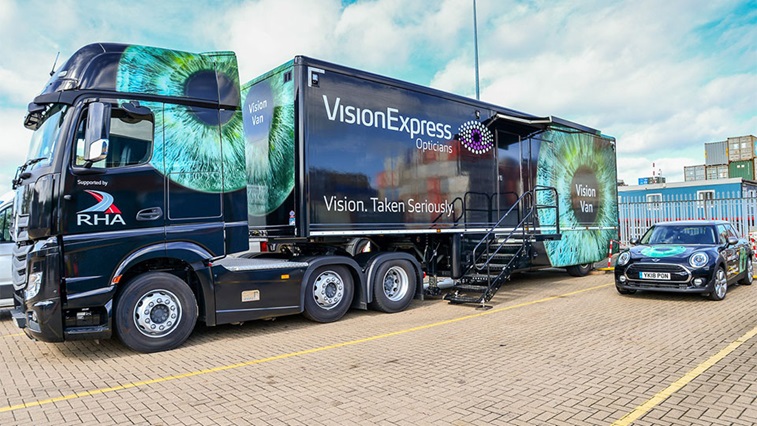 The multiple reported that during the week, 78% of visitors were overdue an eye test. Furthermore, 62% required a new prescription.

The annual awareness campaign, which is now in its fourth year, is led by the Road Haulage Association (RHA).

The Vision Van made stops at events, business and locations that were identified as having a high concentration of motorists and professional drivers.

Heather Adamson had an eye test in the Vision Van when it pulled in at where she worked at Pentalver, Derbyshire. During the exam, the optometrist detected papilledema.

“I will definitely make sure I keep up with regular eye tests in the future,” she said.

CEO of Vision Express, Jonathan Lawson said that the number of people who were found to be overdue an eye test was “extremely worrying.”

Chief executive of the RHA, Richard Burnett, added: “For most people, driving plays a vital part in their daily life and while good eyesight is vital for any road user, for an HGV driver, their livelihood depends on it. Everyone needs to do their bit to make our roads safer.”