Eyeing up success on the water 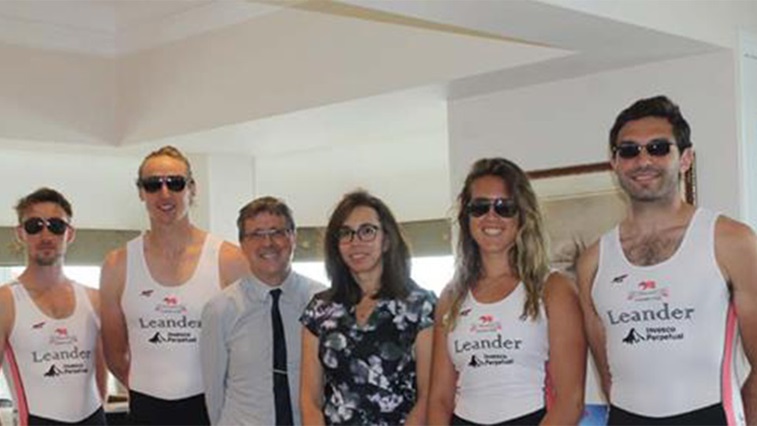 An independent opticians in Henley on Thames has fitted over 90 athletes with Maui Jim sunglasses.

Frost Borneo Opticians has partnered with the Leander Club this season, ensuring that the team protects their eyes when out on the water.

The opticians teamed up with the local rowing club after the club’s general manager, Paul Budd, attended the independent for a sight test.

During the visit, Mr Budd spoke to optical assistant Janice Stow and the opticians subsequently got involved with the club’s ‘Hip Hip Hooray’ community art project, which saw local businesses, groups and individuals invited to decorate one of 200 papier mache hippos to celebrate the club’s bicentenary year.

Frost Borneo owners Neil Frost and Catalina Borneo later agreed to support the club for the season. Speaking about the partnership, Mr Frost and Ms Borneo, said: “We think it’s only fitting that world-class athletes wear world-class sunglasses and that is why we are so pleased to be providing Leander Club athletes and coaches with Maui Jim’s.”

Leander Club’s director of rowing and chief coach, Mark Banks, added: “Leander Club is the most successful rowing club in the world, but having this local partnership with Frost Borneo, who will be providing high performance sunglasses, is the perfect match. The specialty and quality of the Maui Jim sunglasses is so good that when the athletes are on the water they get rid of all the glare.”