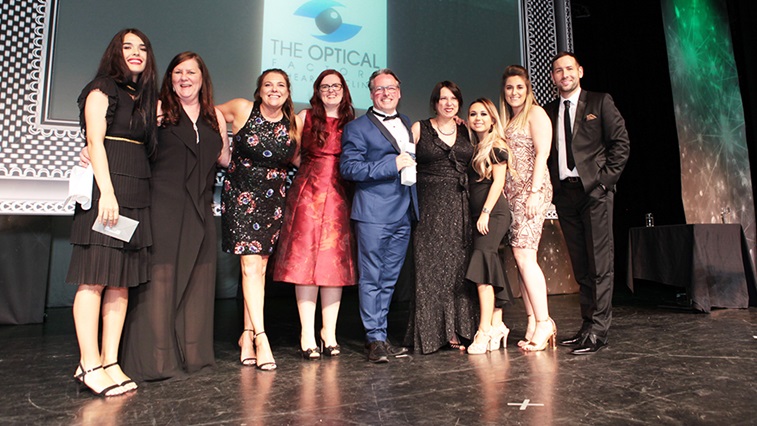 The Optical Factory and Hearing Clinic has been named as Lanarkshire’s Best Business (0–25 employees) at the 25th Lanarkshire Business Excellence Awards.

The independent was a finalist in last year’s competition, but took the top spot this year with judges praising the practice for their drive, passion and enthusiasm.

Co-director of the Optical Factory and Hearing Clinic, Carla Di Mambro, said: “We’re delighted, but we’re not resting on our laurels. We were right back in the next day with as much drive and determination as before.”

Founded in 2011 by Ms Di Mambro and Sean Walls, the independent added the hearing clinic last year and now has three practices in East Kilbride, Hamilton and Wishaw.

Mr Walls explained: “We are always pushing for change, whether that’s adding new services such as Visual stress, extending our range of frames or finding new challenges for XeyeX – our practice management system.”

The awards, which are hosted by north and south Lanarkshire council, took place on 18 May at Motherwell Concert Hall and are designed to recognise the region’s best businesses.

Speaking about the event, councillor Allan Graham, said: “Lanarkshire businesses are vital to the economy; generating jobs, increasing spend and enabling growth. It’s inspiring to listen to and recognise these successful companies’ stories and achievements at the 2018 Lanarkshire Business Awards. Congratulations to all the winners and finalists. Very well deserved.”