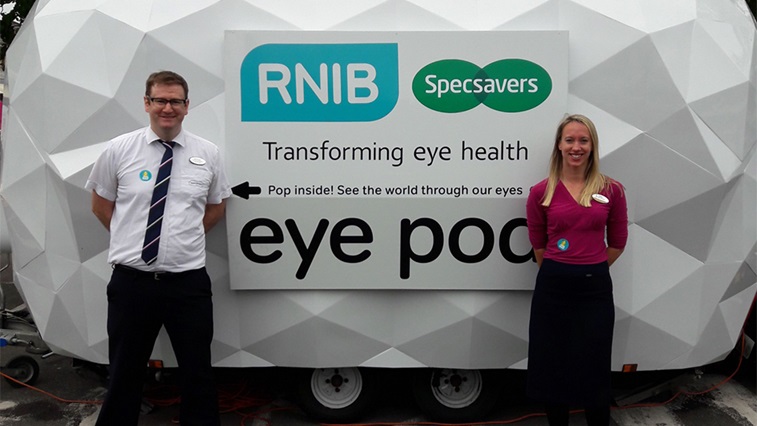 New research has reported that 250 people in the UK start living with sight loss every day.

The statistics emerged from research that has been performed in partnership between Specsavers and the Royal National Institute of Blind People (RNIB).

Highlighting findings from the organisations’ State of the Nation: Eye Health reports that Specsavers published in 2016 and 2017, the multiple reported that nearly six million people in the UK currently live with sight-threatening conditions, yet 25% of people are not having an eye test every two years. The extent of the problem means that nearly every family in Britain is touched by sight problems in some way, it reported.

In order to raise awareness of the importance of eye health and regular eye tests, the multiple has hit the road with the charity and their Eye Pod.

During the tour, the Eye Pod will make stops in Brighton, Boscombe, Maesteg, Crosby and Reading throughout Diabetes Week (11–17 June).

Backing the tour is Lee Crookes who, following a routine eye exam, was referred to hospital by his local Specsavers practice with a suspected tumour. Within 24 hours, Mr Crookes was operated on and has since spent months under-going rehabilitation.

During the tour, representatives from the RNIB and Specsavers, including its head of enhanced optical services, will be on hand to speak to the public.

The simulator has two cameras on top of the pod which link to screens inside where the public can view their surroundings with symptoms of each condition. The experience of each condition lasts around one minute, with key facts and statistics appearing on the screen afterwards.