Drivers failing to have sight tests

Visitors to vehicle show are failing to have their sight tested, Vision Express reports

One in four drivers who visited Vision Express’ Vision Van during the Commercial Vehicle Show in Birmingham have admitted to having not had a sight test since passing their driving test, the multiple has reported.

On-hand during the three-day show, which took place at the NEC on 24–27 April, Vision Express offered visitors free eye tests from its mobile testing facility, the Vision Van. The multiple spoke to people about the dangers of not looking after their eye health as 17% of those who attended the Vision Van admitted to having never had an eye test.

Despite the annual tradeshow being designed for road and transport professionals globally, including HGV drivers, a further 81% of people were “overdue” a sight test and 62% required a new prescription.

On learning of the findings, Richard Burnett, CEO at the Road Haulage Association (RHA), said: “For many visitors driving is an integral part of daily life and for some it’s their livelihood. It’s staggering that Vision Express found that almost a fifth of visitors to the Vision Van had never had their eyes tested, so we know there’s still a very important job to be done to make the UK’s roads safer.” 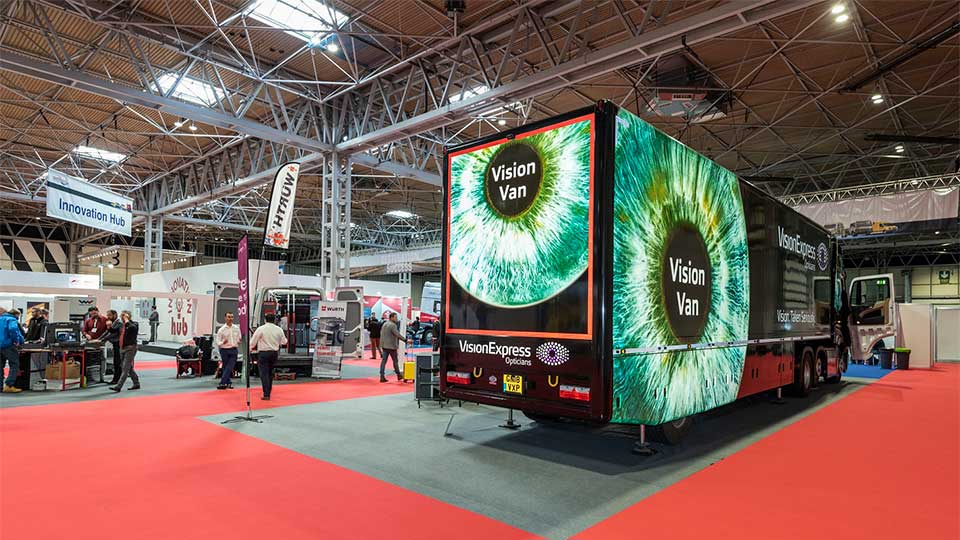 Vision Express launched its new Vision Van at the beginning of the year as the multiple takes the mobile eye testing facility across the UK to raise awareness of the importance of maintaining regular eye tests, especially for drivers.

Vision Express’ ongoing Our Eye Tests Save Lives campaign targets drivers in order to encourage them to consider if their sight is up to scratch before they get behind the wheel.

CEO of Vision Express, Jonathan Lawson, said: “Statistics indicate that around 3000 road casualties every year are down to people driving with below par vision – so it is a significant road safety issue. We are committed to addressing it by attending events such as the Commercial Vehicle Show and offering free tests on the Vision Van.”