The young sports people are members of the Royal National College for the Blind’s cricket team, the Bulldogs, and require official classification in order to play in the 2018 North and West Regional League.

Attending BBR Optometry for the eye tests that are required by the British Blind Sport body classification, the practice then registers each player’s sight impairment according to IBSA criteria.

The Bulldogs has between 18 and 20 members. During each match, a certain number of players from one of four levels of sight impairment have to be on the field.

The team plays in a regional league established by the Blind Cricket England and Wales Board. It has two students who play for the England visually impaired cricket team. 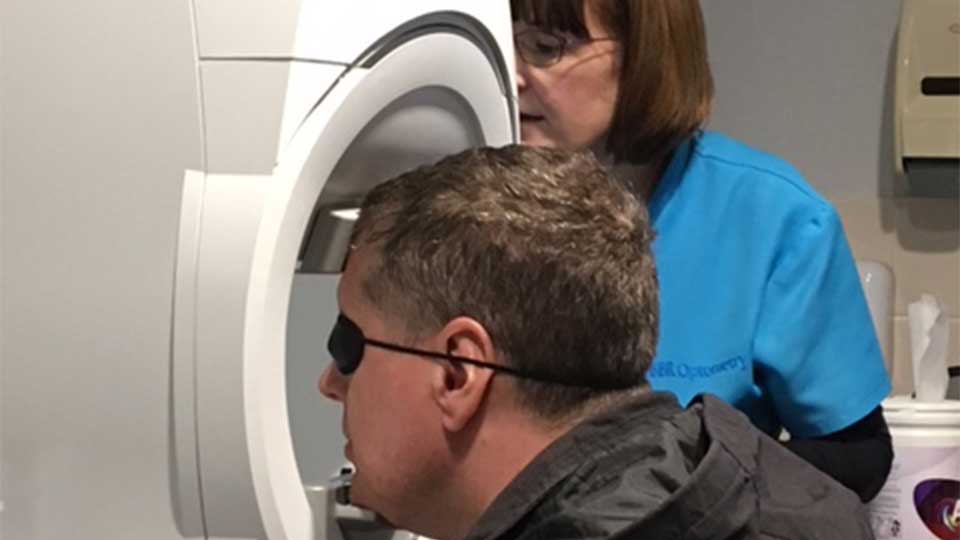 Optometrist and chairman of BBR Optometry, Nick Rumney, said he was pleased that the practice was supporting blind and partially sighted young people in sport.

He commented: “Sport can be undertaken by everyone, no matter what your background or ability. The sight classification of members of the Bulldogs and other teams means they can not only play cricket, but they have a chance to play in the regional and national leagues as well as possibly getting into the England team.”

“Many players hadn’t played sport of any kind before. So, it’s really great to be part of this and ensuring they can follow their dreams,” he added.

The practice has previously offered this service to the National Partially Sighted Football team.