The number of store closures has decreased to 14 per day 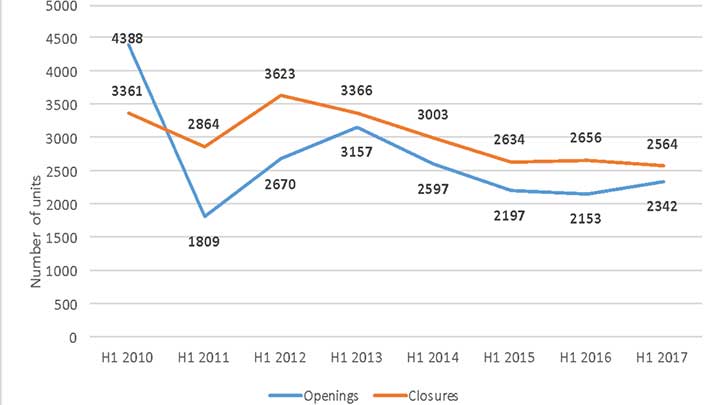 New research has revealed that the number of chain retail outlets closing on the High Street in England, Scotland and Wales is at its lowest level for seven years.

The research also found that there are currently 3228 units classified as opticians on the High Street in England, Scotland and Wales. Over the past 12 months, 14 practices have closed.

Consumer markets leader at PwC, Lisa Hooker, said that it is encouraging to see the High Street holding up and even rallying in some areas.

“The twin cannons of increased online purchases and a tough economy have seen many retailers take a long, hard look at their store portfolios,” she said.

“There will always be a physical presence on the High Street, but developments in technology are accelerating and impacting future staffing and operating models,” Ms Hooker added.

The research also revealed that the UK’s retail sector has higher online sales as a percentage of total retail sales than the US or any other country in Europe.

Computers are the most popular device for online shopping but smartphones and other mobile devices are catching up, PwC revealed.

“Retailers must continue to evolve if they are to make the most of both new digital opportunities and the country’s High Streets,” Ms Hooker concluded.